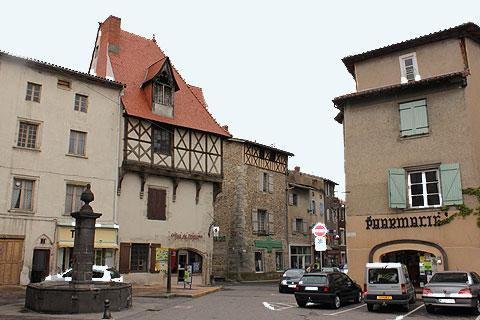 Courpiere is in the Puy-de-Dome department of the Auvergne region of France. It is set in the heart of the Livradois-Forez natural park and just 10 kilometres from Thiers with its remarkable medieval centre.

Courpiere is a village with a pleasant centre. As is often the case with French villages the most interesting building is home to the Office de Tourism and here you can pick up a map to guide you round the key features of the village. 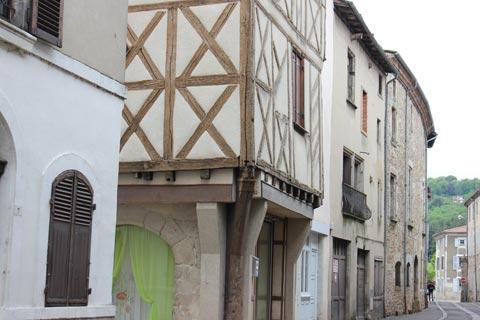 The building housing Courpiere tourist office dates back to the 14th century and has a lovely half-timbered first floor. Notice also its incredibly sloping roof. Also look out for houses numbered 13,17 and 21 on the 'Place de la Cite' - the main square in the village - which also have interesting architectural features.

The church of Saint Martin was built in the 12th century on the site of an earlier church. Take a look at the chapitres sculpted with fern leaves. This church is a particularly notable example of Romanesque art in the area.

As you walk around the village there are also a couple of towers and various architectural details to see.

Interestingly one of the tattiest buildings in the whole village is the house where Coco Chanel lived from 1888 to 1893. I'm suprised this has not been turned into a museum with artefacts from her enormously interesting life! 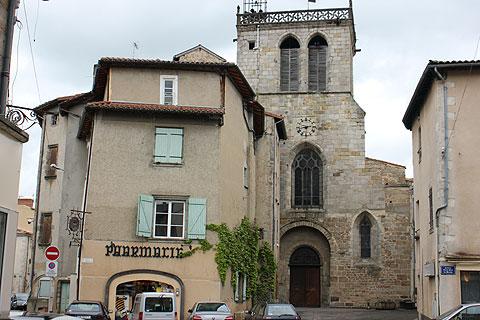 Places to see nearby

Courpiere is in the Livradois-Forez natural park and a good way to explore the park is to follow a circular route around various villages that have been highlighted as being particularly interesting. These are: Thiers, Chateldon, Olliergues, Ambert, Viverols, La Chaise-Dieu, Allegre, Auzon, Sauxillanges and Billom.

Map of Courpiere and places nearby

Visit near Courpiere with France This Way reviews

Regular market(s) are held in Courpiere each Tuesday. (Markets are held in the morning unless stated.)

The French version of this page is at Courpiere (Francais)