Bavay is a small town in northern France, north-east of Cambrai and south-east of Lille. The town is very close to the French border with Belgium.

Bavay is usually visited because its Roman ruins: this quiet town was an important centre for several centuries in Roman times - from the 1st century to the 3rd century - because of its location on an important trade route. At that time the settlement was called Bagacum Nerviorum. 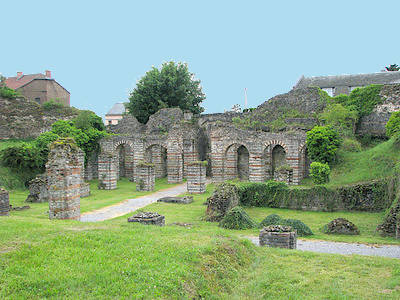 The principal Roman monuments that you can visit include the ruins of a basilica, a forum, and part of what was once a large subterranean gallery. The ruins were only discovered because during the Second World War the town was partially destroyed by bombs, which destroyed the buildings that previously stood above the Roman monuments.

There is also an archaeology museum in Bavay where you can see more artefacts from the long history of the town.

Although little remains of these monuments compared to some other places, there are sufficient ruins at Bavay for you to appreciate the size and importance of the site and the visit to the Roman forum combined with a visit to the museum makes an interesting excursion.

The town centre is around the Place Charles du Gaulle. The statue on a tall column in the centre of this square is of Brunehilde, a Visigoth princess who became queen of the Francs in the 7th century. There are various houses around the town centre with interesting facades, making Bavay a pleasant if unremarkable small town.

In the town cemetery there is a small group of graves of soldiers killed in the First World War and maintained by the Commonwealth War Graves Ccommission.

To see some of the local heritage sites in and around Bavay you can follow a route called the Circuit des Sources. Along the route you will see the traditional lavoir, a bridge and several other monuments. 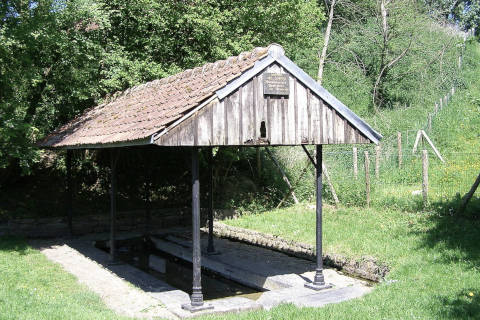 Just outside Bavay town centre you can explore the Regional Natural Reserve of the Quarries of the Nerviens (Réserve naturelle régionale de la carrière des Nerviens), a small natual reserve created to protect the rare plants that can be found here, by following a 'circuit of discovery'.

In Cambrai you can visit the cathedral with its renowned 'mise au tombeau' by Rubens and Lille is an important town with many sites and museums of interest.

Map of Bavay and places nearby

Visit near Bavay with France This Way reviews

Plan your visit to Bavay, Nord

Regular market(s) are held in Bavay each Friday. (Markets are held in the morning unless stated.)

The French version of this page is at Bavay (Francais)