Covering a surface of more than 9000 hectares (22000 acres), the Foret de Marmol is the largest area of forest in the Nord department of France. It is in the commune of Locquignol and close to Maroilles and Le Quesnoy.

Explore the Forest of Marmol

Marmol is essentially a forest of deciduous trees such as oak, ash, hornbeam and beech.

When you visit you might wonder why there are no ancient looking trees in the largest forest in the region. This is because the forest was largely cleared as part of the First world war, and then again largely cut down during the Second World war. Likewise the deer and wild boar populations in the forest are quite new, having been reintroduced after they were hunted to extinction after the French revolution. 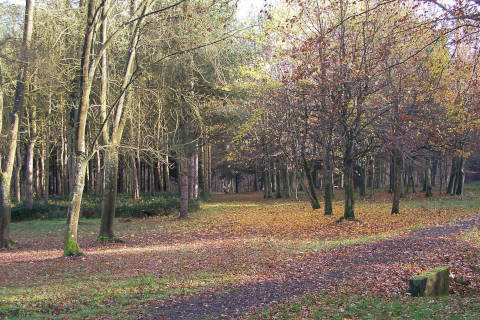 The Forest of Marmol is now part of the Regional Natural Park of the Avenois, which will help protect the forest for the future and there is now a plan in place to ensure that the forest meets the combined needs of the inhabitants, visitors and those who work in the forest, typically in the production of wood.

More recently the forest has also had to cope with a large number of visitors, so an information centre and various signposted walks are available. The challenges of maintaining and improving the flora and fauna of forest continue, despite the many conflicting demands made on the forest landscape.

Throughout the park you will find hundreds of kilometres of walks, cycle tracks and places for horse-riding, ensuring it is a popular destination. While you will not necessarily see a deer or wild boar during your visit, there is of course a wide range of smaller flora and fauna to be discovered.

During the winter the forest is also used by hunters who are responsible for controlling the population of animals - primarily deer and wild boars. The hunters generally stay away from the most vsited areas of Marmol forest, but you might be best wearing something brightly coloured if you visit between October and March.

The main tourist information centre for the area is at Le Quesnoy, a few kilometres north of the forest. 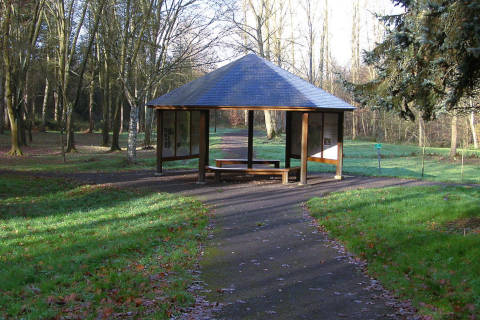 Throughout the Regional Natural Park of the Avenois there are small museums to explain various aspects of the local heritage and local restaurants where you can sample the products of the region. There are three small towns that are usually visited by visitors to the Foret de Marmol:

1) Bavay, with its Roman forum and other ancient structures: see Bavay guide

2) Maroilles, with the remaining parts of a 11th century abbey: see Maroilles guide

3) Le Quesnoy, best known for the walk through the park around the ramparts: see Le Quesnoy guide

Map of Forest of Marmol and places nearby

Visit near Forest of Marmol with France This Way reviews

Plan your visit to Forest of Marmol, Nord