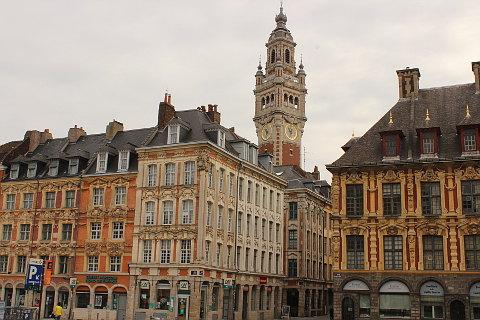 Lille is a major city in north-eastern France, close to the frontier with Belgium. It is a substantial city, and the centre of the largest conurbation in this region of France.

Following the industrial revolution of the 19th century Lille fell into the same problems of decline that affected many such cities. In recent years it has made great efforts to revive itself and make the most of its character, and is now perhaps the most important tourist destination in this part of France. This 'rebirth' was celebrated in 2004 when the city was European City of Culture.

Many of the interesting buildings and monuments in the city have been given a new lease of life in recent years. The most interesting part of a visit to Lille now is centred around the 'old centre', a substantial district containing numerous 17th and 18th century townhouses and other buildings, in a regenerated region of the town.

Allow plenty of time to explore the streets of the old town because there are numerous places of interest, squares where you can pause, and historical houses. 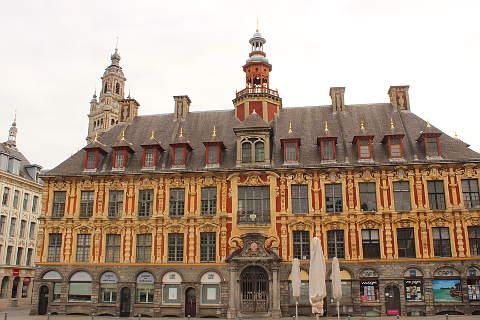 Start your visit to this part of Lille in the large open square called La Grand Place. The square is surrounded by numerous interesting buildings and gives a fascinating introduction to the architecture of the town.

Most important among these buildings (and the highlight of a visit to Lille) is the 'Vieille Bourse' . The Vieille Bourse is a fine 17th century building composed of 24 identical houses surrounding a large inner courtyard. These  impressively decorated houses are now mostly shops at ground level and have some of the most intricate arcades to be found. There are numerous carvings and statues on the buildings.

This beautiful courtyard is often used to stage events such as second-hand book fairs and demonstrations of tango dancing.

Also on the Grand Place you will notice the flemish-style building with the triangular facade. This is the Grande Garde and was built in 1717. Decorating its facade is the sun emblem of Louis XIV.

The Chamber of Commerce is situated at the entrance to the Boulevard Carnot and has a belfry that is 76 meters high: from the square you can see the tall belfry of the chamber of commerce standing above the buildings. Listen out for the bells ringing as they often play typically northern tunes such as "Le P'tit Quinquin"!

Next to the Chamber of Commerce the Opera House was built in 1907 following a fire in the previous theatre. Inside the "salle à l'Italienne" is one of the last examples to be built in France.

The 15th century Palais Rihour (where you will find Lille Tourist office) is another impressive building. It too was damaged by fire early in the 20th century but has been extensively rebuilt.

One of our favourite parts of Lille is the area known as "Vieille Lille" or "Old Lille" and is particularly attractive. Its 17th century houses have a distinctly Flemish style and the buildings often have colourful facades. The "Place aux Oignon" is a very attractive square, surrounded by bars and restaurants making it a perfect refreshment stop. 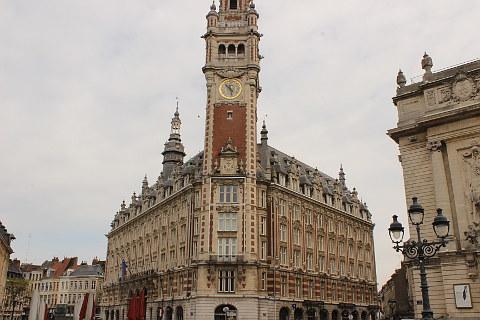 A more recent addition to the architectural heritage in Lille is the town hall, built in the early decades of the 19th century. It is most notable for its high belfry which is 104 meters high. It is one of the more than 50 belfries in the region which as a group have UNESCO World Heritage classification.

There is a substantial cathedral in Lille, the cathedral Notre-Dame-de-la-Treille, built in the 20th century that is of passing interest.

Another substantial construction is Vauban's citadelle, said to be the strongest in France and surrounded by parkland, well maintained and open for limited visiting.

Some remnants of the fortifications that once surrounded the old town can still be seen, and gateways along their length - of varying stature from the very old Noble Tower, through the entrance gates at Porte de Roubaix and Porte de Gand, to the grandiose structure and decoration of the Porte de Paris (the current Porte de Paris replaces the original, more modest, entrance that stood here). 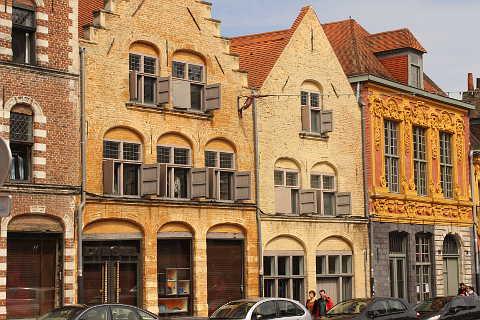 There are several museums of note in Lille, but one stands far ahead of the others in terms of interest and visitor numbers. Lille Museum of Fine Arts (Palais des Beaux-Arts) is the second most popular museum in France (the Louvre is number 1) and contains a very wide selection of paintings covering all art-forms and most artists from the 16th century to the 20th century.

Other museums in Lille include:

There are several weekly markets in Lille including: 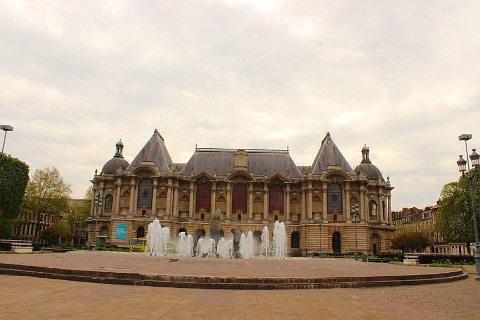 Map of Lille and places nearby

Visit near Lille with France This Way reviews

Plan your visit to Lille, Nord

The French version of this page is at Lille (Francais)