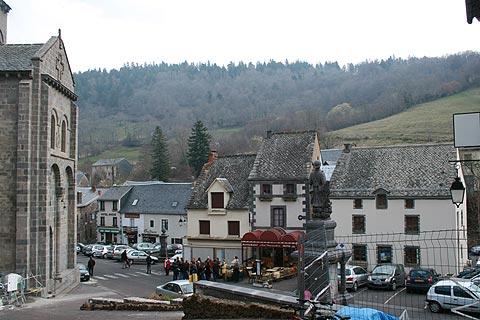 Orcival is a village in a pretty location in the Sioulot Valley about 25 kilometres to the west of Clermont-Ferrand and within the Parc des Volcans d'Auvergne.

The village itself is pleasant and worth an explore - the church in the centre of the village is by far the most important monument in Orcival and the reason visitors are attracted here. 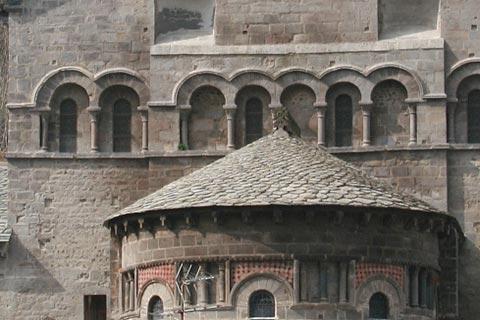 The 12th century Basilica of Notre-Dame is renowned as being one of the five important roman style churches in the Auvergne (the others are at Clermont-Ferrand, Issoire, Saint-Nectaire and Saint-Saturnin).

The exterior of the church has received almost no alterations over the centuries. It is perfectly proportioned, with decorative highlights including the belltower and the ironwork on the Porte Saint-Jean. Inside the church you can see numerous columns, arches and arcades and some decorative carved capital stones.

There is also an early wooden and painted carving of the Virgin, held in very high esteem and said to have been carved by Saint Luke.

Back outside the church and strolling around the village there are some grand houses with towers built in the walls and other features that will catch your attention, and a few small shops, bars and cafes. 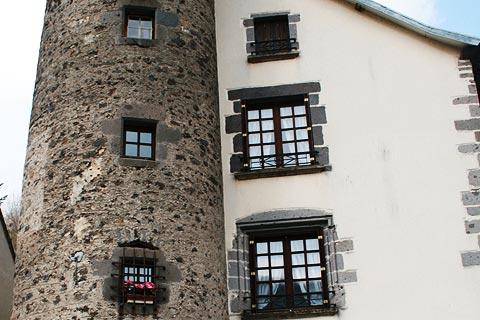 The nearby Lake of Guéry is pleasant to visit in the summer, and in the winter I am told it is the only place in France where ice-fishing is possible. The Sioulet Valley and the Lake de Servieres are other local attractions.

Another highlight close to Orcival is the Chateau de Cordès, dating from the 12th - 17th centuries and also featuring impressive French-style gardens designed by the renowned La Nôtre in 1695 (limited opening, May-September certain days and times only).

Map of Orcival and places nearby

Visit near Orcival with France This Way reviews

The French version of this page is at Orcival (Francais)