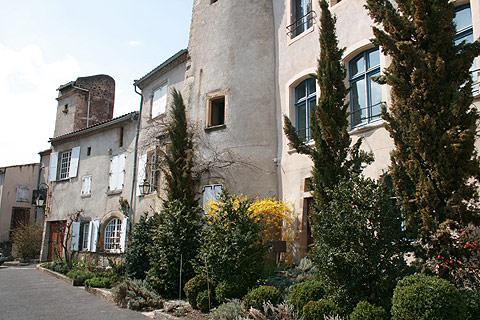 The village of Saint-Saturnin is located about 20 kilometres south of Clermont-Ferrand in the Puy-de-Dome department of France and it is classified as one of the most beautiful villages of France. The colourful historical past of the village includes Catherine de Medici once holding court in the chateau poised high above the village.

When you first arrive in the village, there is little to suggest the attractions of the old town above - it is pleasant enough, but nothing that would make you stop and look around. But be sure to take the time because Saint-Saturnin is a very attractive village! 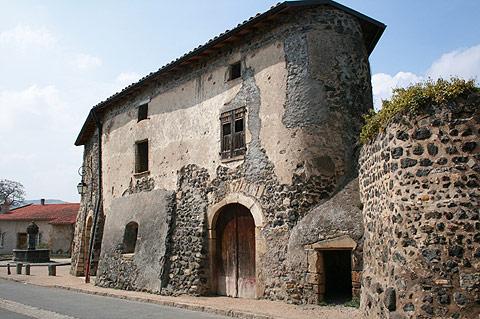 Running up the hillside, the ancient streets lead you quickly into a small square containing the village church which is a good example of the traditional roman churches of the region. There are pretty houses lining the other side of the square.

From here there is a small street that runs along the top of the hill, next to the ramparts and with some of the houses built into the ramparts on one side; and a long drop into a valley on the other side.

At the bottom of the valley is a fast moving stream, and the steep hill then rises again in front of you. It seems remarkable that the ramparts were a necessary defence, given the difficulty for an invading party to approach Saint-Saturnin from below due to the natural conditions.

The peace of the village we see today gives little clue to its historical activity, which is perhaps best understood when you see the castle of Saint-Saturnin. Originally constructed in the 13th century, the castle was much modified in the 15th century when it became the residence of the Count of Auvergne, chamberlain to King Louis XIV - including the turret being added to the round tower. This 'modernisation' programme resumed in the 17th century, with the refurbishment of the large interior halls.

Catherine de Medici and her son Charles IX established their court in the castle at Saint-Saturnin in 1566, a trend followed by her daughter 20 years later, who ultimately gave the castle as a gift to King Louis XIII.

During the years and decades that followed the chateau had a variety of uses from a chocolate factory to an orphanage. The last private owners, the Sisters of Saint Vincent de Paul, left in 1970. 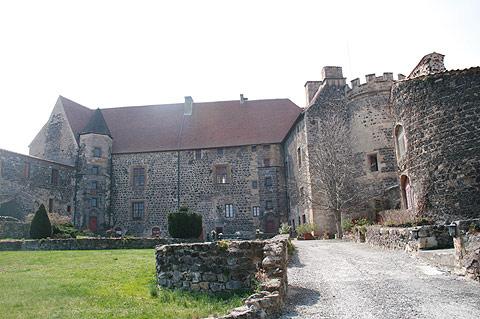 This part of the Auvergne is especially interesting to those with an interest in the religious architecture of the region. Among the best examples are the 12th century church at Saint-Nectaire and the cathedral at Clermont-Ferrand, both within easy reach of Saint Saturnin.

Map of Saint-Saturnin and places nearby

Visit near Saint-Saturnin with France This Way reviews

The French version of this page is at Saint-Saturnin (Francais)