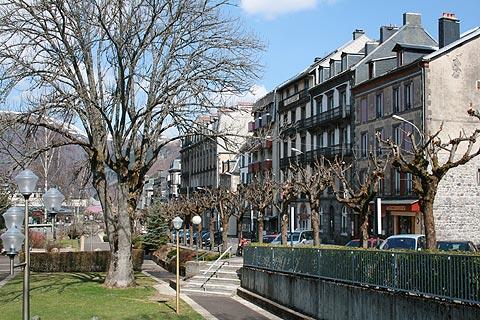 Mont-Doré is a town situated south-west of Clermont-Ferrand in the heart of the Regional Park of the Auvergne Volcanoes, in the Massif Central.

The region around Mont-Doré is known as Sancy, after the Puy de Sancy, at 1886 metres the highest point in the Massif Central, that stands at the end of the valley behind the town.

Although it has no major historical monuments the centre of the town is a pleasant place to stroll around in the summer, more 19th century than 20th century in style with old buildings lining the large central open square, which contains rows of plane trees and has various cafes lining the edges. 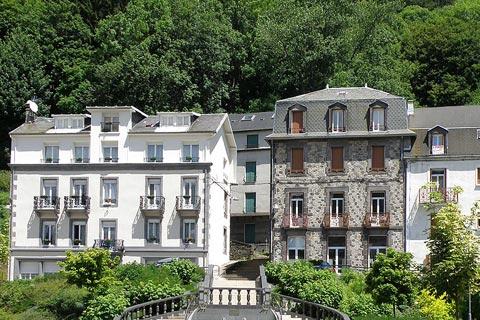 The town is very well known as a spa town, with the main baths in the town dating from the first half of the 19th century. Rather sombre from the outside, the thermal baths are actually a very impressive architectural sight that incorporates many styles and includes painted ceilings, marble columns and impressive steel and glass work by Gustave Eiffel. Tours are available even if you are not using the spa facilities.

Another popular attraction with visitors, Mont-Doré has the oldest funicular railway in France, that can quickly carry you a further 175 metres up the hill to Salon du Capucin (the funicular is closed in winter).

The opportunities for hiking here are virtually limitless and vary from short trails in the valleys to more challenging walks across Puy-de-Sancy and the other mountains. It is also at the end of the very scenic Vallee de Chaudefour, which passes through the hills behind the town, and the Lake Guéry is a lake nearby in a very pretty setting.

The ski resort here, also called Mont-Doré, is found on the north side of the Puy de Sancy, and is also connected to the resort of Super Besse on the south of the same mountain. The ski resort is at an altitude of 1200 metres and has 30 pistes covering all levels of difficulty and more than 40 kilometres.

Note: the babbling brook that passes through the town is the Dordogne river, close to its source. 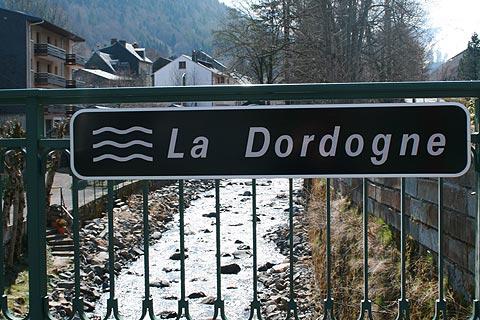 As well as enjoying the natural landscapes of the Regional Park of the Auvergne Volcanoes there are various towns near Mont-Doré of interest to visitors such as La Bourboule, a belle-epoque town a short distance to the west of here.

To the east, enthusiasts of historic buildings will want to visit the castle at Murol as well as the lovely roman style church at Saint-Nectaire.

Map of Mont-Dore and places nearby

Visit near Mont-Dore with France This Way reviews

Plan your visit to Mont-Dore, Puy-de-Dome

Regular market(s) are held in Mont-Dore each Friday all day. (Markets are held in the morning unless stated.)

The French version of this page is at Mont-Dore (Francais)