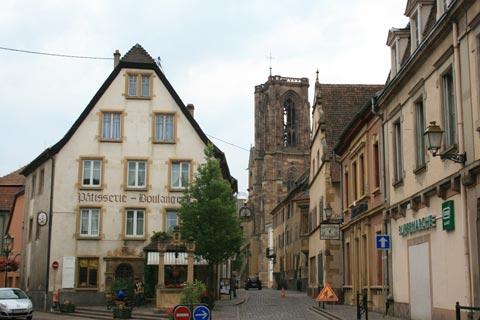 Rouffach is a town 19 kilometres south of Colmar, at the base of the Vosges mountains in the Haut-Rhin department of the Alsace region.

While not as pretty as some of its Alsace neighbours, Rouffach is still an attractive town that merits a visit. It has a main street with coloured half-timber houses common to the region, albeit not as many as other towns in the area. 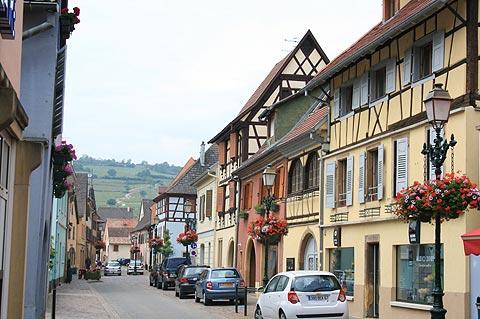 On the other hand, the village does still have the storks that visitors to Alsace all hope to see! There are one or two nests in the town including one on the witches tower, plus there is a small stork park on the edge of Rouffach where there are about 10 enclosed storks that you can see up close as well as others nesting nearby. These are part of a breeding and re-introduction programme.

The most interesting buildings are situated around the Place de la Republique in the centre of Rouffach. These include:

- The Witches Tower - this is the last fortified tower in Rouffach and the oldest part dates from the 13th century. During the inquisition the "witches" were imprisoned in the tower - hence its name.

- The Corn exchange that dates from the 16th century and has a gabled facade and a double stone staircase. The building is now used as a small local museum, the Musée de Bailliage.

- The former Town Hall dates back to the 15th century (the right wing - though it has been re-worked in the 18th century). The left wing was added in the 16th century.

Wandering round the rest of Rouffach there are various other sights to see including a number of attractive old burghers houses. Some of these have ornate stone balconies or arcades: the best examples are on Rue de la Poterne, Rue Poincaré, Rue du Rettig and Rue du Maréchal-Lefebvre.

You will notice that the main church in Rouffach has one of its towers unfinished. The main body of the church is a 13th century gothic style building with an impressive rose window above the entrance.

Another religious building here is the synagogue: parts remain dating back as far as the 13th century, although because of recent renovation work it looks like a brand new building! 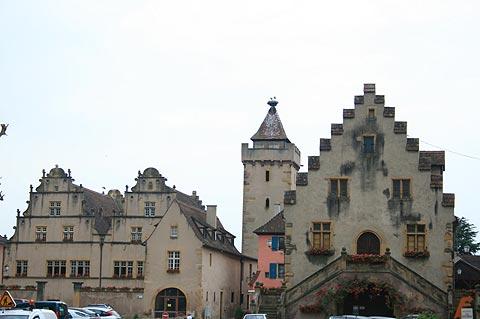 Rouffach is on the Alsace Wine Route with many picturesque villages and vineyards to enjoy. Close to Rouffach we also particularly recommend you visit the ecomuseum at Ungersheim for a glimpse of life in the region in the middle ages.

Map of Rouffach and places nearby

Visit near Rouffach with France This Way reviews

Plan your visit to Rouffach, Haut-Rhin

The French version of this page is at Rouffach (Francais)