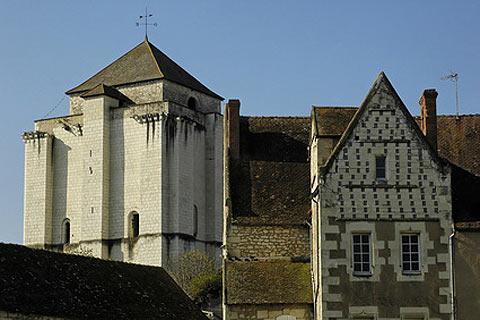 The small town of La Roche-Posay is on the Creuse river in the scenic countryside of the Vienne department (Poitou-Charentes region of western France) and about 20 kilometres east of Châtellerault. It is an attractive town, and a popular tourist destination.

You might recognise the name of the town because of the well known brand of beauty products with the same name and founded in the town nearly 100 years ago. Now owned by the L'Oreal group, the products of La Roche-Posay are famous in almost all countries in the world.

Start your visit on the stone bridge across the Creuse river in the heart of the town. 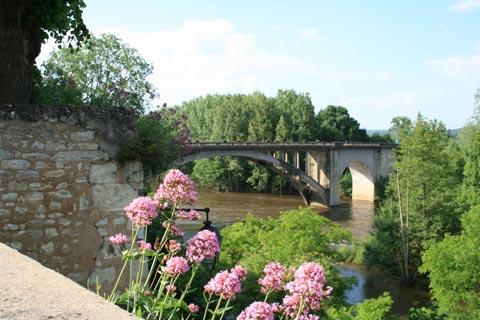 In the centre of La Roche-Posay there are several historical monuments of interest, including the fortified roman style church, dating from the 11th century. The belltower is the only part of the original structure that still remains, while the medieval defensive structure added in the 15th century can best be seen on the north side of the church.

Other parts of the medieval defences that can be seen in La Roche-Posay include a sturdy castle keep that was built in the 12th century and stands 25 metres high (closed to the public) and an imposing stone gateway that originally controlled access to the town: this is is a very substantial stone entrance with towers either side and a raised balcony above the gateway between them called the Porte Bourbon (the only one remaining of the three entrances that the medieval town had).

You can also see several medieval houses here in the town centre, including a colombage house.

It is partly because of its reputation as a spa town, a reputation it has held for more than 350 years, that La Roche-Posay attracts visitors, with more than one spa thermal treatment centre to choose from. Note that even if you are not here for spa treatment the extensive gardens of the Parc Thermal are open to the public and are well worth exploring, with several interesting water features and planting arrangements to admire.

To cater for visitors, La Roche-Posay also has a racetrack, an 18 hole golf-course and a casino, which is quite unusual in France away from coastal resorts. You will also find tennis courts here, the possibility to swim in the Creuse river, and a good number of marked trails in the surrounding region. 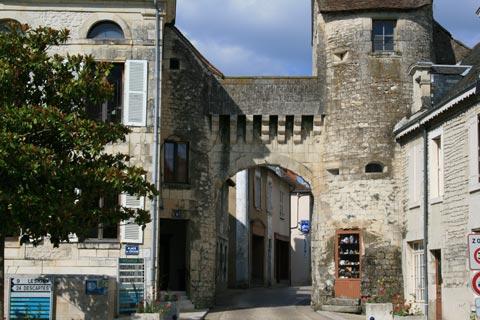 Map of La Roche-Posay and places nearby

Visit near La Roche-Posay with France This Way reviews

Regular market(s) are held in La Roche-Posay each Tuesday & Friday. (Markets are held in the morning unless stated.)