Bayers is a small village south of Ruffec and north of Angouleme on the Charente River in the north-east of the Charente department, in the Poitou-Charentes region of France.

Much the most important monument here is the Chateau de Bayers. The chateau has passed through several stages each of which has left its traces. In the 11th century there was a fortified manor house here, of which we can still see the square tower (a donjon). Fortified walls and a moat were later built around the castle which overlooks the Charente river. 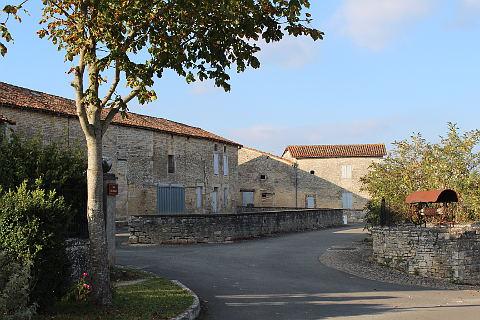 During the 15th and 16th centuries the fortifications were removed and the castle converted into more comfortable living accommodation. The castle we see today therefore has a substantial round tower, living accommodation, a fortified interior courtyard including a well, the moats (now dry) and attractive gardens.

The castle fell to ruin after the French revolution, but is now privately owned and has been fully restored and opened to the public during the summer months.

Bayers is a small sleepy farming village but if you are here visiting the castle its other monuments of interest include the Church of Notre-Dame (originally the church for the castle) and there is also a traditional pigeonnier standing just outside the castle walls.

There is also a traditional mill that can be visited, dating from the late 18th century.

One small highlight we found fascinating during our stroll around Bayers was a small doorway in a stone wall, now blocked up but with a big pair of scissors carved in the rock above the entrance, signifying that it was once the entrance to a tailors shop. 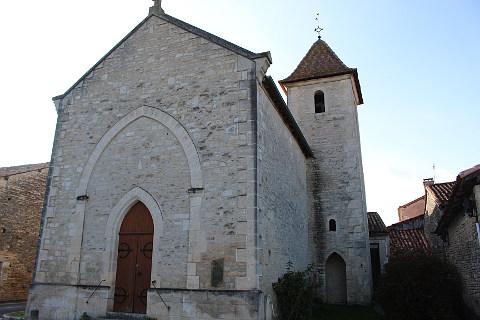 Castle enthusiasts willl also want to visit Verteuil-sur-Charente, just a few kilometres from here, to see the substantial castle (it is much grander than the castle at Bayers) that dominates the town centre.

We also enjoyed our trip to Nanteuil-en-Vallée with its ancient abbey and pretty arboretum.

Map of Bayers and places nearby

Visit near Bayers with France This Way reviews

Plan your visit to Bayers, Charente

The French version of this page is at Bayers (Francais)