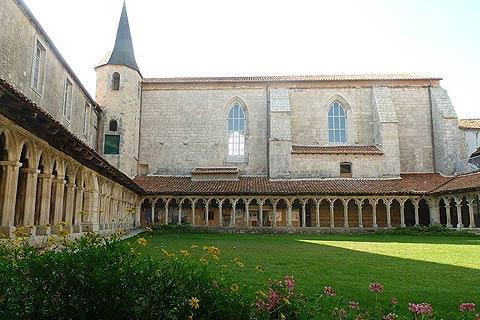 La Rochefoucauld is a small town to the north-east of Angouleme in the Charente department (in the Poitou-Charentes region) of France.

The town is best known for (and most visited because of) the Chateau de La Rochefoucauld, which stands above the Tardoire River but you will also find several other interesting historic monuments in the town.

Originally dating from the 11th century the castle stands on the edge of La Rochefoucauld. It was modified many times in the following centuries to become the impressive renaissance monument we see today, which was mostly constructed between the 14th and 17th centuries. 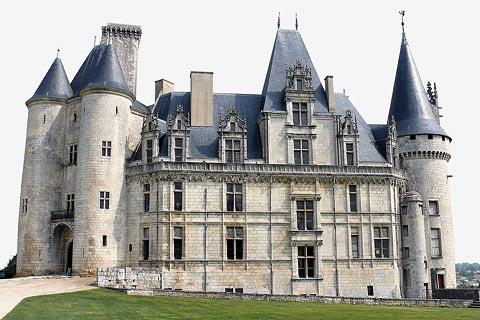 Note: the Chateau de La Rochefoucauld is certainly one of the most picturesque castles in Poitou-Charentes and is more typical of those you expect to see in the Loire Valley, for example at Saumur.

The donjon is the oldest part of the castle that we see today - it was built in the 11th century, although a part of the donjon collapsed in 1960 - while the newest part is the substantial wing added in the 18th century.

An impressive sight from the outside, you enter the castle between two imposing round towers. Inside, particular highlights include a grand spiral staircase, the inner courtyard with three tiers of arcades, and various other decorative features and carefully furnished rooms. See Chateau de La Rochefoucauld.

Other highlights in La Rochefoucauld

The arched bridge across the river Tardoire below the castle dates from the 15th century - one of the best views of the castle is from the other side of the bridge.

There are several other interesting buildings to discover in La Rochefoucauld itself, such as the gothic style Collegiale Notre Dame de l'Assomption. The church dates from the 13th century although a significant part of the church we see today is a late 16th century reconstruction after the building had suffered damage in the Hundred Years War and then again during the Wars of Religion.

The cloisters and other buildings at the 'Carmes Convent' were central to the religious community of Carmes that were established here during the 14th century, with the highlights including the nicely renovated cloisters.

You can also see some medieval half-timbered houses, the 19th century grain trading hall that now holds the La Rochefoucauld Office of Tourism and the small Olerat Church with its facade including carvings of animals and dating from the 12th century. 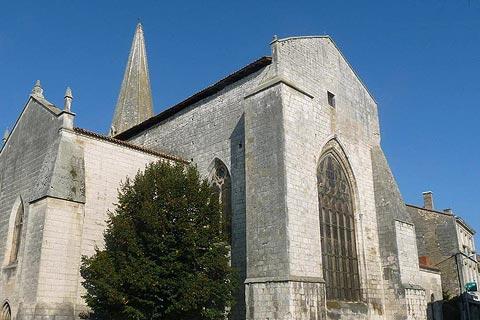 Be sure to ask at the La Rochefoucauld tourist office for information about the best route to follow when exploring the old town - they also have details of two pleasant walks that pass through the surrounding countryside.

We suggest a trip to the village at Coulgens, about 12 kilometres north-west of La Rochefoucauld, to see the roman style Church of Saint-John the baptist, built in the 12th century, and the tower and entrance that remain of the Sigogne castle. You will also discover several interesting monuments in Marthon, to the south of here.

Also very easy to access is the large town of Angouleme, west of La Rochefoucauld and with an interesting historic centre.

Note: photos of La Rochefoucauld on this page are copyright

Map of La Rochefoucauld and places nearby

Visit near La Rochefoucauld with France This Way reviews

Regular market(s) are held in La Rochefoucauld each Wednesday & Saturday. (Markets are held in the morning unless stated.)

The French version of this page is at La Rochefoucauld (Francais)