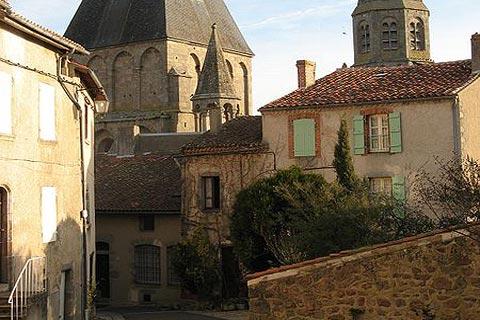 The town of Le-Dorat is situated in the north-west corner of the Haute-Vienne department, a little to the north of Bellac and about 40 kilometres north of Limoges. Although it is only a small town there are various sights of interest to visitors, most notably the collegiale church of Saint-Pierre.

The small town of Le-Dorat is still partly surrounded by a section of its original 15th century defensive walls. You can also see attractive gardens in terraces next to the these medieval walls. 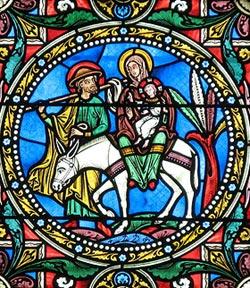 You can enter the town through the Porte Bergere, a substantial gateway through the walls that is between two towers to the west of the town. The gate is thought to be named after the shepherds (bergers) who once used this gate to enter the town.

Originally there were four imposing entrances through the fortified walls of Le Dorat but of these only the Porte Bergere remains today.

Once through the gate and inside the walls of historic Le Dorat you will find some attrractive streets of medieval houses to explore, many dating from the 16th and 17th centuries, and some rather grand houses from the same period. The historic houses are found particularly in the Place Saint-Jean and the surrounding streets such as Grand Rue, Rue Saint-Michel and Rue Raymond Chameaux.

The most important of these historic houses is the Hotel de la Pouge in Rue Saint-Michel.

It is to see the Collegiale Church of Saint-Pierre church that most people visit Le Dorat. Originally constructed in the 12th century the church was fortified in the 15th century, in part by the addition of the square tower that was added when the town ramparts were constructed.

One of the most impressive churches in the region it features an octagonal belltower on three levels (the golden angel on the arrow on top of the tower dates from the 13th century), a shorter square tower, and several other features of interest including the stone entrance doorway, influenced by arab architectural styles, and an 11th century crypt.

Inside the church take a look at the substantial granite baptism font - its large size is because it dates from a time when full body baptisms took place - the stained glass windows and the altar in the crypt.

If you enjoy visiting churches and othe religious monuments you should also visit the Church of Notre-Dame with its crypt and frescoes and the other medieval monuments at Montmorillon to the north-west of Le Dorat.

Map of Le-Dorat and places nearby

Visit near Le-Dorat with France This Way reviews

Plan your visit to Le-Dorat, Haute-Vienne

The French version of this page is at Le-Dorat (Francais)