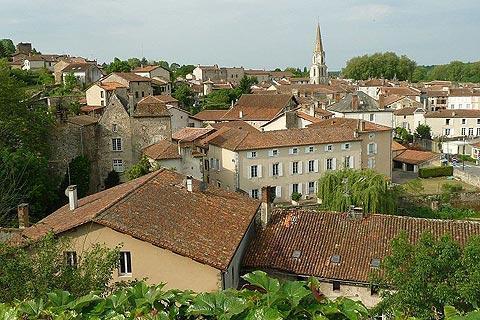 Confolens is located in the Charente department of Poitou-Charentes, to the north-east of Angouleme and north-west of La Rochefoucauld. It is an attractive town on the Vienne river, at its confluence with the Goire River, and surrounded by rolling pastoral countryside (the name Confolens comes originally from the word 'confluence').

Because it lacks major transport links Confolens is perhaps not usually high on the tourist trail, but if you are in the region there are several places of interest to visit in the town.

The main 'highlight' of the town is the 'Old Bridge, a 13th century granite bridge with ten arches (although significantly modified and repaired in the 18th century). Since the bridge also has good views both along the river-front with its trees and ancient houses and also across the old town to the church it is a good place to start your visit.

While here make sure you see the Fontaine de la Fontorse, an ancient spring at the end of the bridge, then head into the adjacent old town. 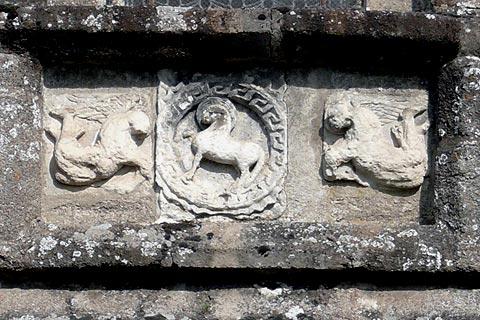 Notable sites as you explore Confolens include the old donjon (only partially standing and all that remains of the original castle of Confolens); a 13th century stone gateway that originally allowed access to the old town through the fortifications and the 17th century town hall.

Overall though it is the old town itself, centred around the Rue du Soleil, which will keep your attention, with a good number of beautiful 15th and 16th century colombage houses lining the streets up the hill, with the House of the Duc of Epernon and its sculptures as a particular highlight. Guided tours of the town are organised by Confolens tourist office.

After exploring the centre of the town, be sure to also follow the course of the River Goire a little way to see a small stone bridge, a traditional water mill, and some picturesque old stone houses.

In the middle of August each year the town hosts the International Folklore Festival, a week long event that attracts hundreds of performers and thousands of visitors to Confolens. 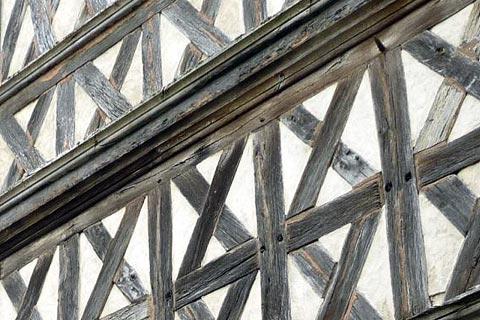 You will probably want to combine your visit to Confolens with a trip to the small village of Saint-Germain-de-Confolens a few kilometres north of here, on the river and overlooked by an imposing castle.

Map of Confolens and places nearby

Visit near Confolens with France This Way reviews

Confolens is classified as a listed town of Art and History

Plan your visit to Confolens, Charente

The French version of this page is at Confolens (Francais)