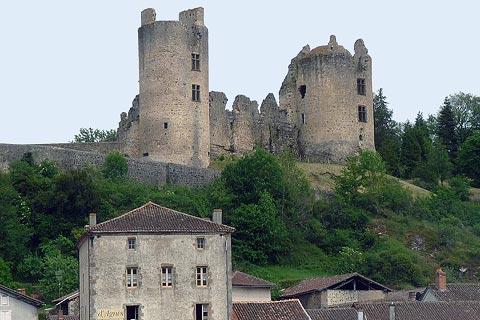 Saint-Germain-de-Confolens is a small village located at the confluence of the Vienne and Issoire rivers in the north-east of the Charente department (Poitou-Charentes region) to the north of Confolens. The village stands below a hill that is dominated by the two most important monuments in Saint-Germain-de-Confolens: the castle and the 12th century Church of Saint-Vincent.

When you arrive in Saint-Germain-de-Confolens, crossing the bridge over the river you have the village directly in front of you and up on the hill behind you can see both the chateau and the large church. 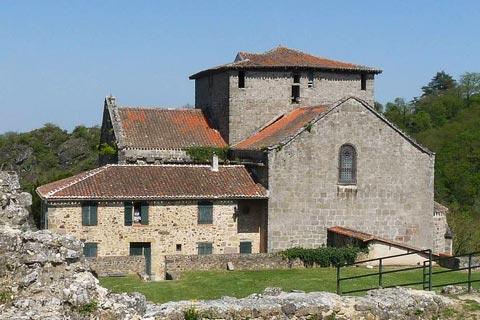 The fortified castle of Saint-Germain-de-Confolens, although in ruins, still has a substantial amount to see - especially the two large circular towers, with the remains of the main castle building in between them. The castle dates from the 14th-15th centuries and is built on the site of a 12th century fortress.

The Church of Saint Vincent was originally the chapel of the chateau. It is built in the form of a Greek cross and is a very substantial building.

Above the castle, be sure to see the views from the Bellevue Cross which looks out on the river Issoire and the lovely wooded countryside through which the river flows. Then head down to the bridges across the two rivers to see the views back up to the castle and church.

A medieval bridge links Saint Germain and Saint Radagonde over the Vienne river. Unfortunately the bridge has been spoiled when it was enlarged in the 19th century. 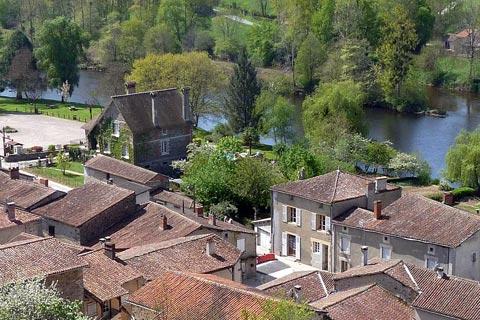 You will also want to explore the village of Confolens just a few kilometres to the south of here during your visit.

Note: photos of Saint-Germain-de-Confolens on this page are copyright

Map of Saint-Germain-de-Confolens and places nearby

Visit near Saint-Germain-de-Confolens with France This Way reviews

Plan your visit to Saint-Germain-de-Confolens, Charente