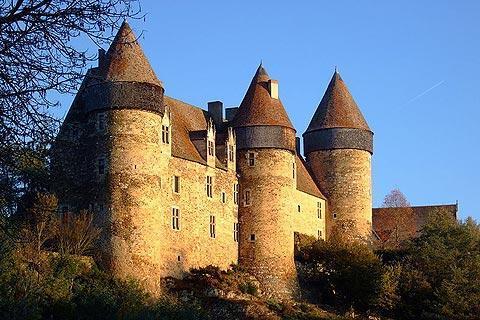 Culan is located at the southern tip of the Cher department, in quiet countryside about 30 kilometres north-west of Montlucon. It is for the Chateau de Culan that the village is best known, and that attracts visitors to the village.

The current Culan castle was constructed from the 13th to 15th centuries and stands on a raised area above the valley of the River Arnon. It is the third castle to stand in the same location. Minor modifications took place in later centuries, and the castle was very extensively renovated during the second half of the 20th century. 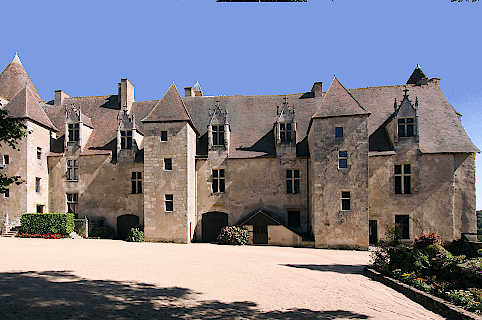 There are several features of interest both inside and outside Culan castle: examples include the wooden structures between the rooves and stonework (to enable the occupants to throw objects at attacking parties), and the impressive grand fireplaces. The recreations of medieval gardens that run down the hill below the castle have been added more recently.

The castle plays host to various medieval festivals and reenactments during the summer holidays.

While visiting Culan there are other features of interest apart from the castle, including some attractive medieval houses and the arched stone bridge and wooded valley below the castle.

The substantial stone viaduct that you see in Culan was constructed in the 19th century, a major feat of engineering to enable trains to operate between Montlucon and Chateauroux. It is no longer in use but still dominates the village and valley. 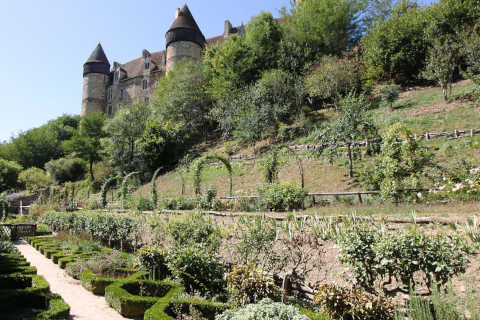 Photos 1 and 2 by Manfred_Heyde are copyright.

Culan is part of a tourist route called the Route Jacques Coeur which explores many castles in this relatively unexplored region of central France.

The exact centre of France has been defined as falling in Vesdun, a few kilometres east of Culan, where the location is commemorated with a flag and small display (an honour previously held by Bruère-Allichamps until recent techniques allowed the centre to be more accurately determined).

Map of Culan and places nearby

Visit near Culan with France This Way reviews

Plan your visit to Culan, Cher

The French version of this page is at Culan (Francais)