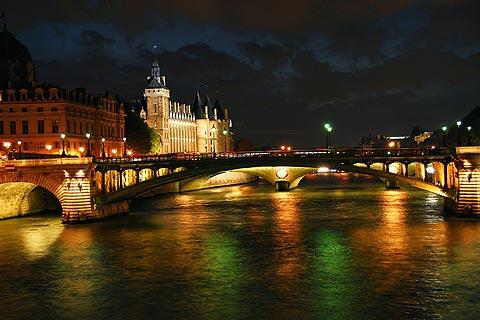 The Seine river flows more than 480 miles through France and passes through the heart of Paris. When looking at Paris from above, you can clearly see how the Seine cuts the city in half and you can also appreciate how architecture and city planning over the centuries has followed the course of the Seine.

If we go back as far as the time of the Roman Empire, we find that the Seine has always been a great commercial artery, enabling Paris to be connected to the Loire, the Rhone and Rhine rivers. Because Paris has been an inland port for such a long time it has also been invaded via the Seine several times across the centuries. 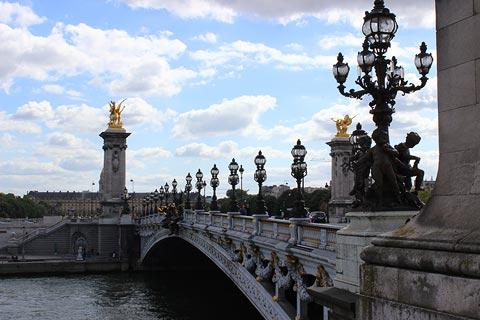 In 1991 the banks of the Seine in Paris were added to the UNESCO list of World Heritage Sites. No surprise because along these banks you will see monuments such as the the Musee d’Orsay, the Eiffel Tower, the Hotel des Invalides, the Louvre, Grand Palais and the Concorde and of course in the middle of the Seine river on the Ile de la Cité you will see Notre Dame Cathedral.

There are numerous bridges that cross the river in the heart of Paris, with several among them of particular interest:

Quite a recent innovation, for a few weeks each summer from mid-July to mid-August the northern side of the river near the Ile de la Cité is turned into a series of beaches! Using sand and trees brought into the city a long and clean beach is constructed along the embankment and is a very popular place for a promenade or to sunbathe. 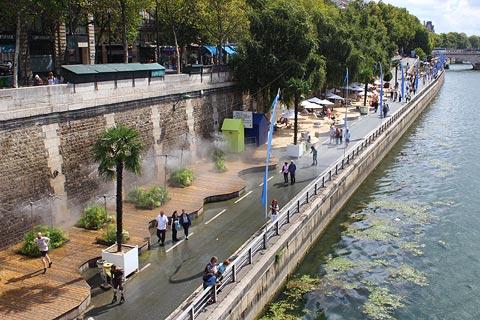 Unfortunately it is not possible to access the Seine itself from these beaches, you have to be content with sunbathing!

So as you drift quietly along the river or look into the river from above, remember that more than 1000 years of bloodshed and history has come before you to make your peaceful journey possible!

Today, many of the travellers on the river are tourists who love to see Paris from the famous Bateaux-Mouches – you should try one of these when you visit, they are an interesting and affordable way to see the city.

Map of River Seine and places nearby

Visit near River Seine with France This Way reviews