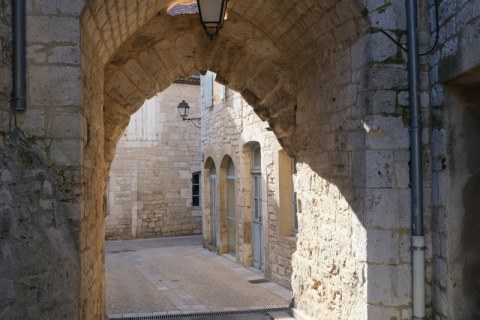 Gramat is a small town in the Lot department of the Midi-Pyrenees, to the south-east of Rocamadour. It falls within the Causses du Quercy Regional Natural Park.

A lively town in the Middle Ages, evidence shows that as far back as prehistoric times there has been a settlement here and there are various dolmen and burial mounds in the vicinity of Gramat.

The town then had a resurgence at the end of the 19th century when it became an important train stop that brought renewed wealth and vigour to the town. Now it forms the third corner of the Rocamadour-Padirac-Gramat region which contains several attractions, both of historic interest and more recent man-made features.

The town centre of Gramat today is a quiet but pleasant place to explore with several interesting buildings and monuments of interest, and although not a major tourist destination it certainly deserves a visit when you are in the region.

The most important historic monument is the 16th century clock tower, a substantial stone tower that stands above one of the original arched gateways into the centre of Gramat.

The market hall in the town centre was built in the 19th century to replace a more ancient version, and is still used for the town markets today. The substantial stone house near the hall dates from the 16th century, and you can also see a stone fountain in the square here.

Elsewhere around the square and in the old town towards the river and around Rue St Roch there are some medieval houses, some with attractive decoration and some half-timbered houses to discover, and some 19th century townhouses around the central town square.

Just outside the town centre near Gramat railway station you can visit the gardens of the convent - Les Jardins du Grand Couvent - for a very pleasant shady walk through the flowers and tree shaded gardens. There is also a small well-maintained garden next to the mairie.

Weekly markets in Gramat are held each Tuesday and Friday morning in the Place de la Halle.

The most important attraction here - certainly for children but also for adults - is the animal park. The Parc Animalier of Gramat covers a large area of 40 hectares, and has animals as diverse as bisons and ducks, wolves and vultures - and numerous domestic animals living in semi-wild conditions, as well as protected plant species.

Many of the animals you see are now protected species and the animal park has an important role in their protection. 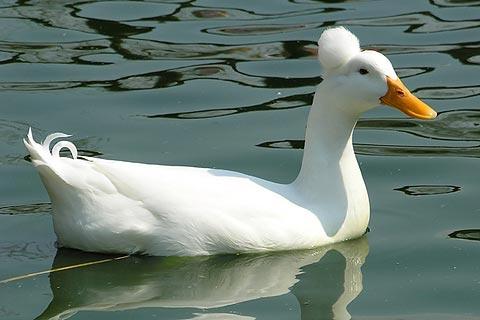 There is a great deal to discover among the attractive countryside around Gramat, including the important pilgrimage town of Rocamadour (one of the most popular destinations in France) and the villages of Autoire and Loubressac (both classified among the 'most beautiful villages of France').

Map of Gramat and places nearby

Visit near Gramat with France This Way reviews

Plan your visit to Gramat, Lot

The French version of this page is at Gramat (Francais)