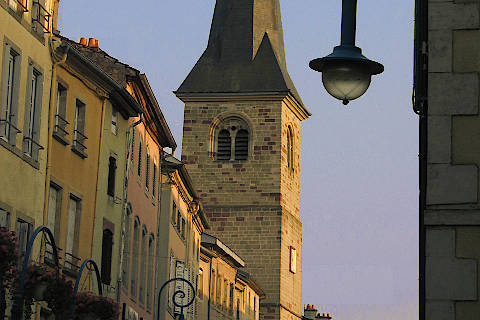 The small town of Mirecourt is in the north of the Vosges department of north-east France, about 40 kilometres south of Nancy.

France This Way comment: Mirecourt is not a major tourist destination, but the museums are well thought out and the town centre is pleasant if unexceptional - the walk along the river is perhaps the prettiest part - so merits a short visit when you are in the region. 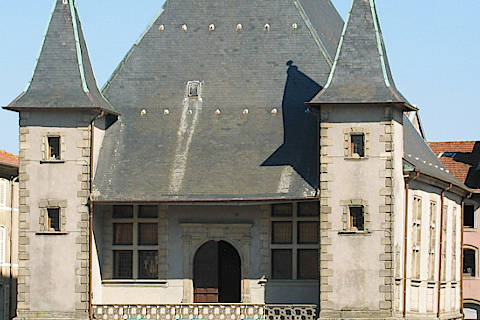 The town has a long history of making specialist products such as violins, bows and lace, and each of these trades is celebrated in the town.

There are also various renaissance period buildings in the town centre. The principal one is the Halle, with its arches at ground level and two small towers and the most important building in the town centre: the Halles was built in 1617 and has kept its original design.

Elsewhere in the centre of Mirecourt some renaissance houses can be seen that have preserved their original interior courtyards. You will also see various small features such as wells (on Rue Chanzy and Rue du Docteur-Joyeux) and chapels and the Church of the Nativité-de-Notre-Dame, and a tower which is all that remains of a 16th century castle.

There are two museums in the town that celebrate the heritage of the region, both rather specialised in nature but interesting all the same:

To the east of the town centre you can take a stroll along the banks of the river on the edge of Mirecourt, and see the Pont Stanislas, a bridge constructed in the middle of the 18th century. The main riverside walk is along the Quai de Breuil between the two bridges, on the east side of the river. 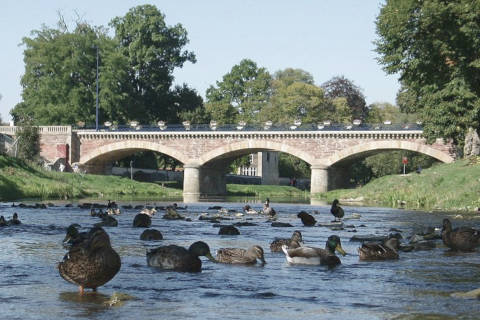 The Vosges department is visited for the chance to explore the countryside and there are hundreds of kilometres of signed trails available according to he time you have available: the Mirecourt office tourist office is at 22 Rue Chanzy in the centre of the town and has information about the trails.

If you like ancient churches, the village of Vomécourt-sur-Madon has a charming 12th century church in the roman style.

Map of Mirecourt and places nearby

Visit near Mirecourt with France This Way reviews

Plan your visit to Mirecourt, Vosges

The French version of this page is at Mirecourt (Francais)