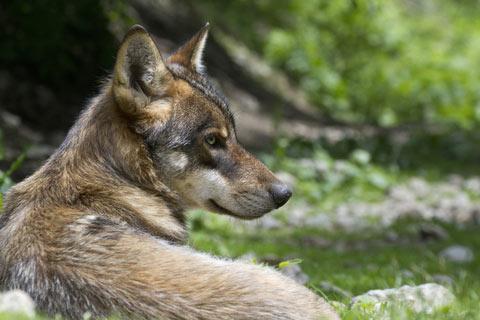 Wildlife in France: because of the large size of France, and the large percentage of the country that is still rural and / or forested, there are many intact natural habitats. We introduce some of the more common wildlife in France that you might see on a visit, or might hear and hope you don't see, and some wildlife you are very unlikely to come across.

Note: there is a significant difference in climate between the north of the country, the south of France, and the Mediterranean region - these are also important factors in explaining the distribution of wildlife across the regions.

The one thing that France seems to lack is 'mythical wildlife' such as the Beast of Exmoor of England or Loch Ness Monster in Scotland - if such a creature exists somewhere in France please let us know.

The closest I found was the Beast of Gevaudan, a wolf-like creature that terrorised the Lozere department in the 18th century - but it seems that was very probably a man disguised as a wolf.