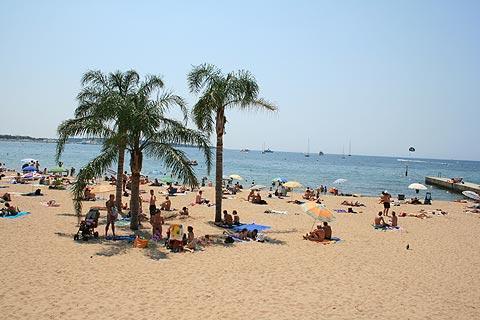 In 1814 Napoleon was sent into exile on the Island of Elba. The following year he returned from exile with a handful of followers, a small army of about 1200 soldiers, and a plan to overthrow the newly restored monarchy under King Louis XVIII. Napoleon landed at Golfe Juan on 1st March 1815.

From Golfe Juan he headed north, passing through the southern Alps to reach Grenoble. This route was chosen because of its remoteness, and therefore the chance that Napoleon's small army would avoid hostile royalists - in particular those around Marseille. Napoleon also moved very fast across the countryside in order to reduce the chances of meeting opposition.

From Grenoble he subsequently continued to Lyon and then Paris and reclaimed power - although this was not to last long, and 100 days after landing at Golfe Juan he was once again sent into exile.

The route followed by Napoleon passes through a great deal of scenic countryside and has now become a major tourist attraction for the region.

The major towns along the route include: Vallauris (where much of the landing took place after initial landings at Golfe Juan), Cannes, Grasse, Saint-Vallier-de-Thiey, Seranon, Castellane, Digne, Sisteron, Gap, Corps, La Mure and Grenoble.

You will also come across numerous smaller villages as you follow in Napoleons footsteps, passing from the coast of the French riviera, north through the provencal countryside and continuing on through the mountains.

The route covers a total distance of more than 350 kilometres, which Napoleon covered in only six days, before reaching Paris on the 20 March. Of course, where today you are travelling on well maintained roads, a significant part of the route 200 years ago was on rough roads and mule tracks.

The 'modern' name for the Route Napoleon is the RN85.

Although there is a great deal of very lovely scenery to enjoy along the route, we do suggest that as you follow the Route Napoleon you should to take the diversion from Castellane to see the stunning scenery of the Gorges du Verdon.

Another popular sight near the route is the church in an imposing hilltop location at Notre-Dame-de-la-Salette (near Mens).