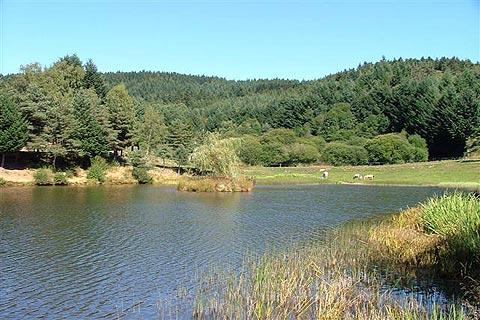 The Regional Natural Parc of Livradois-Forez is situated in the Auvergne region of France, in the departments of Puy-de-Dome and Haute-Loire. The principal entry points for the park are Chateldon and Thiers to the north of the parc, Ambert and Usson (near Issoire) to the centre and Brioude, Lavaudieu and La Chaise-Dieu towards the south.

In the park itself it is the varied landscapes that are the principal attraction, which is wonderful in all seasons with many changing colours, fauna, flora, mushrooms, red squirrels, deer and many birds of prey. There are also various small villages and hamlets to explore in the park.

As a result the Livradois-Forez Parc is excellent countryside for walking, photography and painting, and popular for both summer and winter sports enthusiasts. 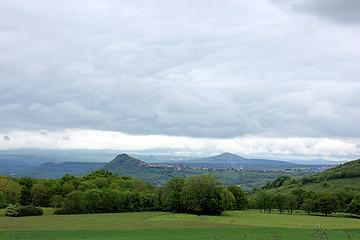 The landscape of the Livradois-Forez park falls into several distinct regions, each with their own characteristics:

One interesting way to discover the park is to follow the 'Livradois-Forez Route des Metiers' which winds through the countryside visiting the castles, museums and artisan workshops of the region.

Note: the main picture shown above is of the plan d'eau - a swimming lake with a beach and fishing - at Champagnac-le-Vieux above Brioude.

Villages of the Regional Natural Parc of Livradois-Forez

Another way to explore is to follow a circular route round the park visiting twelve villages that have been highlighted as being of particular interest. Of course you will also discover the lovely countryside as you travel betwen the villages!