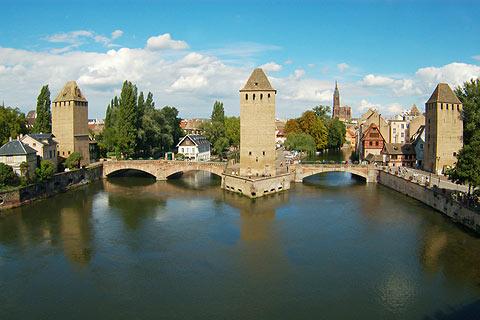 There are 30 sites in France that are of such importance that UNESCO has designated them as World Heritage Sites.

Covering a wide range of sites and places, they all share one common feature: the offer something beyond the ordinary.

Most of the French heritage sites are covered in more detail this guide, see the list below to see if there are any to visit near your planned destination in France

Mont-Saint-Michel and its Bay

Palace and Park of Versailles

Prehistoric Sites and Caves of the Vézère Valley

Palace and Park of Fontainebleau

Roman Theatre and the "Triumphal Arch" of Orange

Cathedral of Notre-Dame, Former Abbey of Saint-Remi and Palace of Tau, Reims

Paris, Banks of the Seine

Belfries of Belgium and France

Vauban fortifications - various across France (shown on map at Briancon)