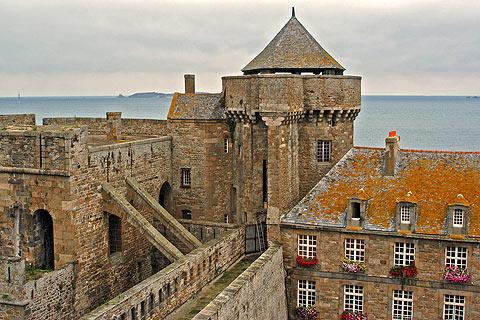 For many years it has been popular to make a day trip to France, especially for those living within easy access of the ports of southern England.

The pleasure of shopping in a different environment, the even greater pleasure of buying wine and other items at much cheaper prices than they can be bought at home, or simply for the fun of an adventurous day out - it's always a great way to spend a day.

The price of wine in France is still lower than in the UK, and there are now few limits on how much alcohol you can take to the UK, as long as it is for personal consumption.

Likewise, lager and beer are still cheaper in France, and while cigarettes are no longer 'cheap' as they used to be in France they are still about 25% cheaper than the UK prices.

It is for the experience that many people make the trip as much as the chance to save money. Many of the port towns are interesting in their own right or close to attractive towns or coastline, so allow time to explore for a few hours as well as filling your car up with cheap provisions!

You will remember the two hours you spent in a local French restaurant much longer than the cheap beer you bought in the supermarket so make the most if it!

Petrol is generally a similar price in France to that in the UK, but diesel is significantly cheaper in France - so fill up when you are here if your car uses diesel!

Cross-channel ferries now operate in a very competitive market and there are often bargains to be had.

The principal ferry ports between the UK and France suitable for a day-trip operate from Ramsgate, Folkestone and Dover, and of course the Channel tunnel also operates from Dover.

The route between Dover - Calais is still the fastest crossing, typically taking about 1 hour 20 minutes in each direction, and prices as often as low as £20-30 for the journey. Not quite as fast as the Channel tunnel but still very quick!

The ferry crossings from ports further west such as Newhaven, Portsmouth, Poole, Weymouth and Plymouth take several hours in each direction for the crossing and tend to also be more expensive, but if you can turn your day-trip into an overnight stay (or sleep on the ferries) these routes are also interesting possibilities.

You can visit our Ferries to France section to organise your crossing.

Majestic Wine have opened three stores at convenient locations near the ports. They have a great selection of wines available at great prices, and also spirits and beers, that can be pre-ordered before you leave the UK. So you can spend longer selecting the wines that are right for you, and less time battling with the crowds in an enormous hypermarket.