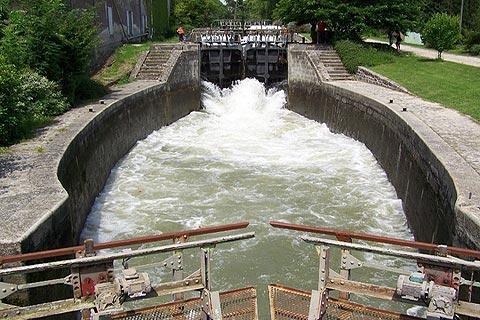 The Canal du Midi is a canal in the south of France that connects the Garonne river (and therefore the Atlantic) with the Etang de Thau (and the Mediterranean).

Also known as the Canal des Deux Mers (because it joins the two oceans), the Canal du Midi runs for 240km from the city of Toulouse down to Sete, on the Mediterranean.

History of the Canal du Midi

In the 17th century it took a month to sail between the French Mediterranean and the French Atlantic, around Spain and through seas that were often hostile.

Building the canal was a mammoth undertaking. It opened in 1681 after 15 years of work. During its course the canal rises and falls 190m - this requires more than 100 locks.

The construction also required a bridge at Bezieres so that the canal could cross a river, and a tunnel through a hillside some 170 metres long - the first canal tunnel ever constructed. 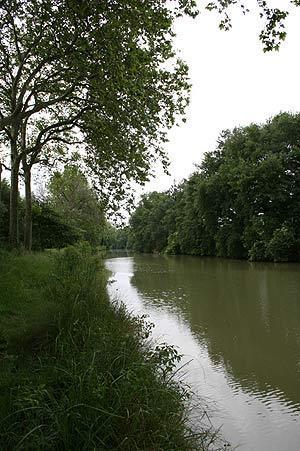 A combination of these factors, plus the large reservoir that was needed to control the level of the canal, make it one of the great building feats of its day. It played a large role in ushering in the Industrial Revolution in the decades that followed its completion.

But it is the way in which the Canal du Midi, even three hundred years later, fits so well into the surrounding countryside that is its greatest achievement - a 'designed landscape' as UNESCO refer to it (the canal is a listed World Heritage sites in France)

It takes typically 10 days to travel the length of the Canal du Midi by barge, and provides an interesting way to see the countryside of the Midi.

En route it passes by Castelnaudary, Carcassonne, Trebes (and a narrow passage between the cliffs), and across a canal bridge.

Continuing eastwards, passing Quarante and Fontcalvy, it is at Enserune that the canal passes through a 160 metre long tunnel under the mountains.

Finally, the incredible series of seven locks at Fontseranes is traversed in order to reach Sete at the etang de Thau.

Nowadays the industrial traffic of the past has given way to a multitude of small holiday traffic, and there are several holiday companies offering boating holidays along this attractive canal.

Like many canals, the canal du Midi is ideal for cycling in attractive surroundings and with no hills. Much of the canal between Toulouse and Sete is popular with cyclists travelling the whole legth of the canal or just a  short part.