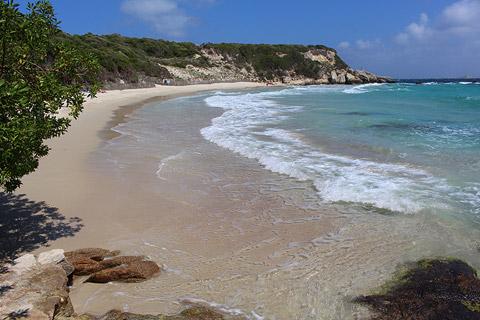 Corsica is famous for its natural beauty, its mountains and resorts...and its beaches, which include some of the most beautiful beaches in Europe. Note however that the most attractive Corsican beaches are not usually those in and near town centres and can involve a bit of an effort to reach (or in some cases, a lot of effort to reach!)

The beaches in the popular resorts are more than adequate - typically long and sandy with lots of activities - but the exceptional beaches tend to be in quiet, isolated natural bays, surrounded by rocks and trees, and have the most turquoise-blue water you have ever seen!

Because not everyone wants to walk for hours along a coast path to reach the beach we have included a varied selection of beaches below. We tour Corsica in a clockwise direction starting at Calvi in the north-west of Corsica... 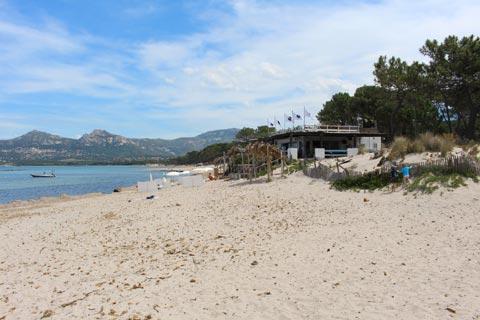 The main resort here is Calvi which has a long sandy beach stretching for several kilometres. Travelling north along the coast the resort of Algajola is small but has a long sandy beach and l'Ile-Rousse is another resort here that attracts a large number of beach lovers. There is a small tourist train that operates just behind the beach, between these three destinations.

Our next region has some excellent beaches but they are harder to reach:

Saleccia and Loto beaches are accessed from Saint-Florent - but only by boat, four-wheeled drive vehicle or a very long walk (12 kilometres) along the coast

Barcaggio beach is in the far north of Cap Corse, as a diversion from the road that tours the peninsula, but can at least be reached by road and you will have the pleasure of sharing the beach with the occasional cow! See northern Cap Corse for details. 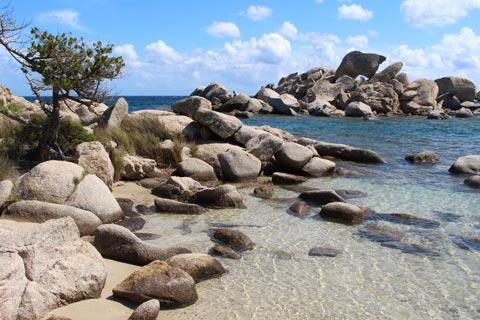 This region has a large number of exceptional beaches, several of which are quite close together. To the north of Porto-Vecchio you will enjoy visiting the sandy beaches at Pinarellu, San Ciprianu and Cala Rossu while to the south of the town the group of beaches includes Palombaggia, Tamaricciu and Santa-Giulia: all three very famous and quite exceptional. See Porto-Vecchio beaches. 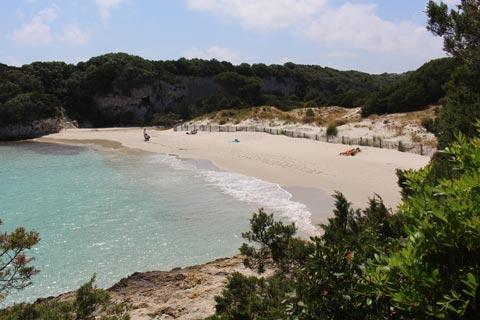 Continuing towards Bonifacio you quickly reach Rondinara beach, of white sand and sheltered in a bay with yachts bobbing in the water, although the drive to reach Rondinara from the main road  takes rather longer than you might guess from the map! Practically at the southern limit of Corsica you reach Piantarella beach - not particularly interesting in itself, but if you walk along the beach and past the headland you reach Grand Sperone and Petit Sperone beaches, which are both exceptional.

From Bonifacio you can take a boat out to the Iles-Lavezzi, small islands with lots of beautiful small harbours and beaches surrounded by rocks and boulders.

Along the coast as you travel west from Bonifacio the beaches of Tonnara and Roccapina are well worth exploring. 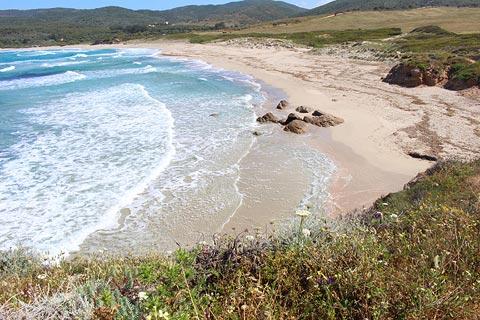 Although the town itself is not very exciting, there are several pleasant sandy beaches in and near to Propriano and around the Golfe de Valinco such as those to the east at Olmeto Plage and the Plage de Cupabia.

Further north, before reaching Ajaccio you pass the beach at Ruppione and then the small resort of Porticcio, perhaps best described as a functional beach resort but not one where I recommend you spend time visiting.

To the west of Ajaccio there are several small beaches along the Route des Iles-Sanguinaires, and even a small beach in the town itself. For the nicest beaches in this region you will continue west for the beaches to the north of the Isles-Sanguinaires: see Capo di Feno beaches. 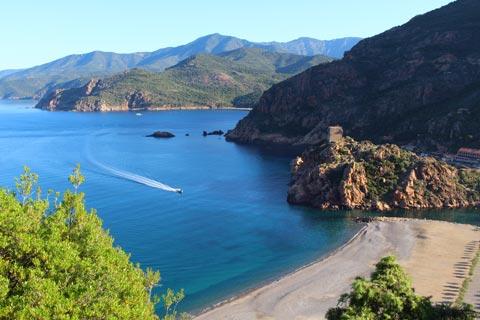 In this most scenic region of Corsica the beaches are slightly harder to find but luckily Porto itself has a perfectly pleasant beach in a lovely setting - ideal after a day exploring the calanques!

You will find two other delightful beaches near Piana: in the marina directly below the village and also at the Plage d'Arone further west beyond Capo Rosso.

See more about the places to visit near these resorts in the Corsica travel guide.