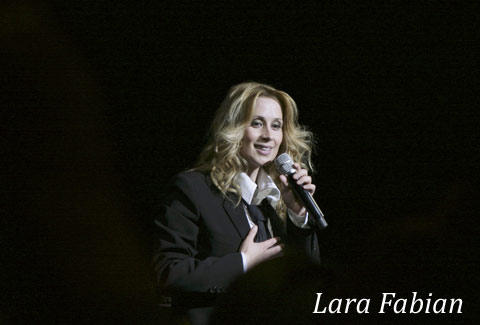 It is true that French pop music is perhaps rather in the doldrums, and you are won't often hear radical new or interesting music when you tune in to French radio.

There seems to be a trend to favour 'establishment' figures in French pop music rather than to encourage new music - hence the same singers are around now as 10 years ago, frequently singing songs that sound remarkably similar to those from a decade ago.

All is not necessarily lost however, and there are a few little diamonds hidden away...and listening to French pop music in the car is also a great way to learn French.

Here we bring you not one but two 'top 10' lists - the first more modern and the second more 'traditional' - and also an introduction to techtonik music which is unusual in recent years in having originated in France but then being successful in other countries.

We know these lists aren't complete - let us know your favourite French music in the comments below!

There is plenty of music in the French charts that is more or less a pale imitation of the music that is popular all around the world (usually originating in the US) but there are also some examples of great songwriting - this is the main strength in French music, and often missing in the music from other countries. Try some of these:

Christophe Mae (one of the few french pop musicians that young French will admit in public to listening to): listen to Christophe Mae on youtube

Other popular French 'exports' in recent years include Air and Daft Punk, and we also enjoyed the album Boulevard by Saint Germain.

Take a look also at a relatively recent trend in France, said to have also originated in France - techtonik dancing. Perhaps the heart of this techtonik music / dance / youth movement is 'Yelle' and a song called 'a cause des garcons' (trans: 'because of the lads').

It must be the first French music to cross the Channel and the Atlantic since Air, a popular popgroup of the 1990's and Daft Punk.

See the video below for a sample of the music - and to help you learn the moves if you want to join in with the techtonik dancing...

Top 'traditional' (establishment French pop stars - safe for grandma and the over 50's!

Kyo - France's answer to Radiohead, Kyo have loads of good short catchy songs. they Try and look sullen and tough as well but never quite carry it off. Recommended: Le Chemin

M - Funny guy, with his hair greased into a letter M but looks more like the grandad from the Addams Family. Sings nothing like he looks, and manages to get the audience to sing half his songs for him anyway, but there is an appealing rough edge to the songs (or is it shocking amateurishness?)

Pascal Obispo - too old and too much of a softy to play the role he tries to play, Obispo manages anyway to sing lots of good, catchy songs (and quite a few drossy sentimental ones as well). Funny habit of shaving lines out of his eyebrows but I expect they'll grow back. Recommended: Superflu

Lara Fabian - smooooth sentimental songs, but I like them, as does half of France. Too old to be a popstar anywhere but Europe, but very attractive with it (which is half the reason she's on this list) Recommended: 9

Raphael - kind of a Leonard Cohen of the 21st century, Raphael has an unassuming way of singing - actually not much like Leonard Cohen really, but has the same kind of laidback way. Listen to 'Et Dans Cent Cinquante Ans' for a good sample (chirpy song about how in 150 years time no one will remember you, me or very much else) Recommended: Une Nuit au Chatelet

Laura Pausini - hey, what's she doing here, she's Italian isn't she? Ok yes but very popular in France. The only name for comparison that springs to mind is Kim Wilde, but that isn't a very good one to choose. Laura Pausini is a bit of a rocker, which works great with her strongly sung Italian lyrics - would they sound as good in English or French? Hmmm, not sure really. Recommended: The Best of

Nolwenn Leroy - Nolwenn was a subsequent winner of Star Academy. for a couple of years after it looked like she had vanished into the ether, with only a couple of rubbishy songs. But then she reappeared with a new image, new voice and new confidence and burst into superstardom. For good reason - she has discovered her niche and does it very well. What niche? Think Kate Bush (if you are old enough) who Nolwenn seems to owe a great debt. Recommended: Histoires Naturelles

Lorie - Winner of one of the first 'Fame Academy' / 'Star Academy' type programmes in France, Lorie went on to be a bit of a megastar (unlike most of the subsequent winners). Lots of nice catchy pop songs. Always seems a bit too grown up. Recommended: Pres de toi

Calogero - Slightly aging rocker, not quite radical, but not too polite sounding either. Good rock/pop songs that you can enjoy and so can your children. And probably grandma. Recommended: Calogero

Johnny Hallyday - not a fan myself but Johnny Hallyday (died 2017) is a musical legend spanning about 50 years in France, and adored by large parts of the population, particularly those over about 40 years old. Hallyday was France's answer to Elvis and although he had very limited success outside France he is without doubt the greatest musical sensation within the country.