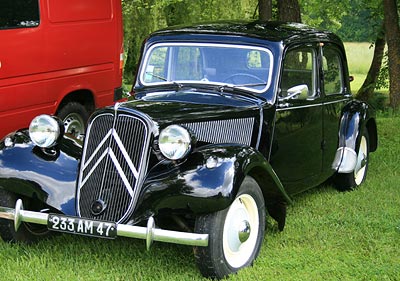 Released in 1934, the 'traction avant', as the name suggests, was a front wheel drive car - the first mass-produced in the world. It was also stylish, elegant, and sexy (photo above).

The 2CV was introduced in 1948 as a car that 'everyman' could afford, and stayed in production for 42 years, largely unchanged in appearance. It achieved its founders goal and millions were produced, and until very recently were a common site on French roads. 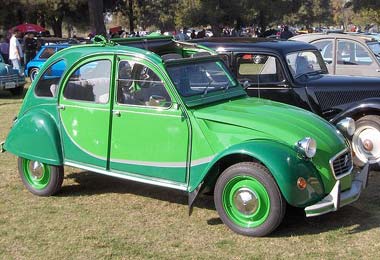 Introduced in 1955 the Citroen DS had a couple of radical features, including being the first car to have disc brakes, and the curious self-levelling suspension that citroen used for many years (i'm sure my grandfather would go for a drive in his Citroen just for the pleasure of starting the car and feeling it rise elegantly to position). Again super-stylish for its time, the DS subsequently came in various versions including estate and convertibles. 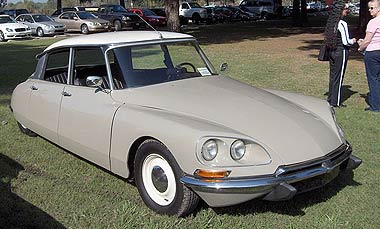 Perhaps the last Citroen to be considered a classic car, the SM (as you might guess from the photo) was introduced in 1974. Developed from its predecessor, the DS, it was much more powerful and was the company's star performing sports car during the first half of the 1970's. 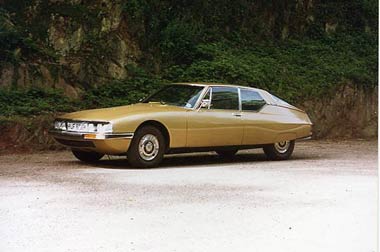 Little known these days outside specialists and enthusiasts, Delage was a very successful French car manufacturer between the two world wars, building expensive and powerful cars. For several years during the mid-1920's the Delage cars won many of the most important driving competitions (e.g. British Grand prix, Indianapolis 500). 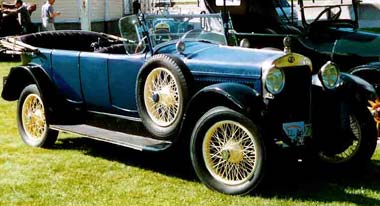 Produced in France from 1960 until 1975, the Peugeot 404 is better known outside the country - in the developing countries, especially those in Africa, it was a very popular vehicle because it was so strong and reliable. Production outside France continued until the end of the 1980's and many an African taxi company still relies on the car. 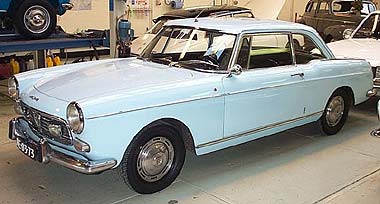 Designed by pininfarina of Italian sports car fame, the 403 was produced from 1955 to 1966. Its greatest claim to fame was that Colombo drove one (a convertible version) in the popular TV series. it was predecessor to the Peugeot 404 (above). 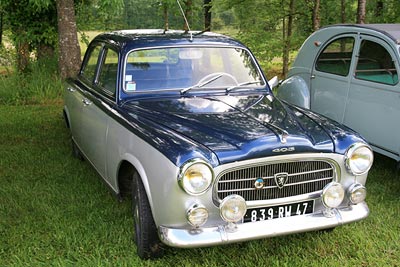 Now this is one attractive little car! I'd never even heard of Panhard cars until I came across this one at a local car event - seems they were an important motor manufacturer at the start of the 20th century, and carried on producing cars until the 1960's when they were taken over by Citroen. 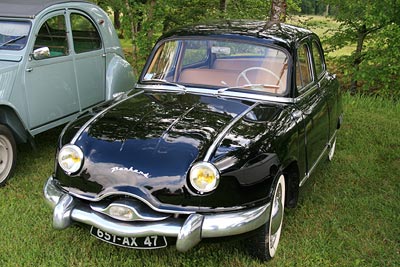 As well as producing a great series of classic cars citroen also managed to produce a couple of 'classic' vans. 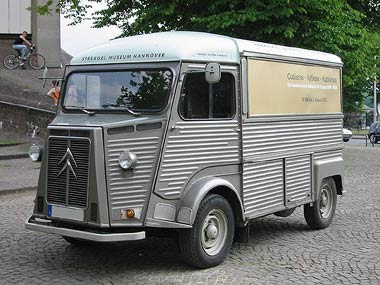 The van shown, the Citroen HY, was much loved by French tradesmen for many years and is still an occasional sight on the roads. It's much smaller brother, the Citroen Acadiane, was the forerunner of the 'small transit van' and is still regularly seen transporting hunters and their dogs around the countryside on a Sunday morning.