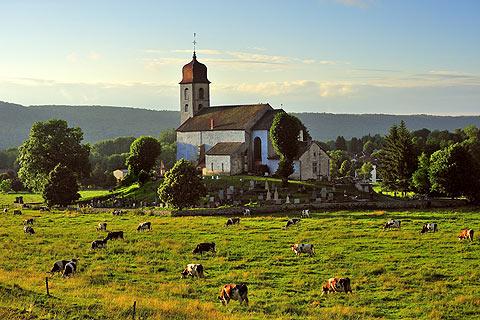 The Jura department, which together with Doubs to the east makes up the Franche-Comté region of eastern France, has a great deal to offer the visitor with lakes and mountains, castles and picturesque villages among the highlights.

The Jura department is not the most visited in France but the intrepid explorer will discover a great deal of interest, especially for those who like to explore the natural environment and for outdoor sporting enthusiasts. Below we summarise the main highlights in the Jura department although you will discover others as you explore...

France This Way comment: you might conclude that Baume-les-Messieurs is an unmissable highlight of visit since it appears in all three categories, having a historic monument, an impressive natural setting and waterfall, and also being a scenic village. Combined with a trip to nearby Chateau-Chalon this is one of our favourite days out in Jura! 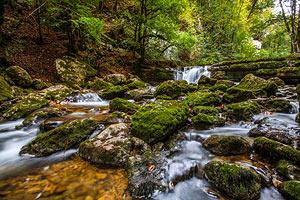 The principal pleasure for visitors is the chance to enjoy the scenery and there are various popular highlights among the lakes, gorges and waterfalls of the department. As you would expect hiking, fishing and cycling are all very popular activities here and there are many places that offer spectacular viewpoints.

Cycling the Jura: as a keen cyclist I have to say the Jura is almost the perfect French department to explore by bike, with endless miles of quiet roads passing through woodlands and next to lakes and if it isn't practical to bring a bike with you there are bike hire centres in many of the towns. See Jura cycling routes for loads of suggested cycling routes 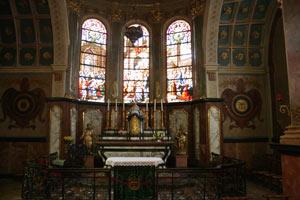 Although the castles in Jura are generally rather low key, the hilltop ruins of medieval Chateau d'Arlay and its gardens are interesting (north of Lons-le-Saunier), and at Chateau Pécauld in Arbois you can visit the Museum of Jura Wine ('Musée de la vigne et du vin du Jura'). The Chateau du Pin in south-west Jura is another notable medieval castle.

The Chateau de Syam, really an Italian style 19th century villa rather than a castle, is near Champagnole in south-east Jura and is centred around an impressive domed gallery area. The garden around the villa is officially listed as a 'remarkable garden'. 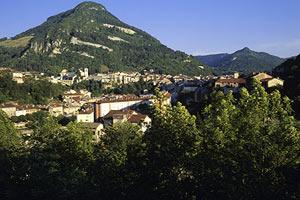 Both Chateau-Chalon and Baume-les-Messieurs are listed among the 'most beautiful villages in France'...

Map of Jura and places nearby

See an index of all Jura communes