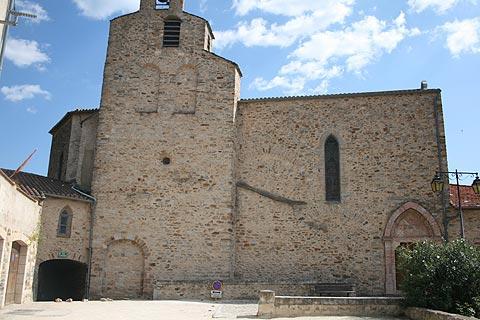 A department of many contrasts, Herault has the modern coastal resort of La Grande-Motte to compare with the traditional fishing towns of the Etang de Thau, and the bustling town of Montpellier to contrast with the attractive villages to the interior of the department

Herault is the central department of the Languedoc-Roussillon region of southern France, with an extensive coastal region that extends from Beziers to Montpellier. Inland from the coast the countryside extends north and west from the Mediterranean coast and includes many scenic treasures, more so the further north and west you travel.

While most visitors to Herault are based along the coast we do strongly recommend you allow at least a day two to get away from the beach and explore the scenery!

Broadly speaking the coast in Herault consists of resorts in the east and in the west of the region with the Etang de Thau and the town of Sete in between them. Most of the beach resorts here are relatively recent developments and less expensive than those on the Riviera further west on the Mediterranean, and typically have all the beach facilities you expect but lack interesting historical sights.

Starting from the west of Herault, one of the most important resorts is Cap d'Agde, well known for its large naturist beaches, and close to the town of Agde which is pleasant to explore and has an interesting cathedral.

Three small villages that together make for a pleasant excursion on the northern part of the Etang-de-Thau are Loupian, Balaruc-le-Vieux and Bouzigues. We suggest that you also visit the cistercian Abbey Valmagne at Villeveyrac, a few kilometres from Loupian, which is a lovely abbey with impressive cloisters.

The popular seaside resort of La Grande-Motte is at the eastern end of the Herault department, an impressive resort architect designed in the 1970's and pretty much unchanged since (and our personal favourite resort in the region). Also here you can visit the resort of Palavas-les-Flots, one of the most visited seaside resorts in the region, and an unexpected highlight on the coast - or rather on a strip of land in the sea - is the imposing cathedral at Maguelone.

A short distance from this part of the Herault coast you can visit the lively town of Montpellier. Among our favourite summer time towns in France, Montpellier has a reputation for being one of the most lively and vibrant cities along the southern coast of France. As well as its beautiful historic centre the neo-classical Antigone district is well worth visiting, as is the new shopping and leisure centre at Odysseum with a planetarium, aquarium and ice-rink.

Western Herault including Pezenas and Beziers

The most important town in the south-west of Hérault is Beziers, an interesting town to explore between Montpellier and Narbonne, and Pezenas is also a very pleasant town to visit and best known for its association with Molieres. In the countryside north of Beziers, Saint-Chinian is a traditional Languedoc market town

Further west both Olargues and Minerve are classed as 'most beautiful villages in France' while Roquebrun is also very pleasant and has a popular river beach as well as some charming gardens.

We also suggest you visit the small villages of Aigne, Beaufort and Montouliers in the south-west near Minerve and Vieussan is among our favourite villages near Olargues. It is true that Olargues and the others are quite a detour from the coast but together they make for a lovely trip.

This part of the department forms part of the Haut-Languedoc Regional Natural Park, whic contains many of the scenic highlights to be found in Herault. One particularly scenic site is the Cirque de Navacelles, a large gorge carved in the limestone which is listed as one of about 30 'Grand Sites of France'.

The northern part of the department falls within the Massif Central region and is visited for its lovely scenery and pretty villages.

There are lots of pretty villages in the countryside of northern Herault such as Pegairolles de l'Escalette in a lovely setting backed by cliffs, Laroque, Brissac and the small hilltop village of Pegairolles de Bueges - but you are sure to come across others equally picturesque as you travel around that we haven't discovered yet!

Also inland in this part of the Herault there are a couple of cave systems worth visiting: the Grotte de la Clamouse (near Saint-Guilhem-le-Desert) and the Grotte des Demoiselles (in the very north-easternmost part of the department).

In the centre of the department, Clermont-l'Herault sits surrounded by vines and olive trees, and is capital of the department. The nearby village of Villeneuvette originally developed around a 17th century cloth making industry, and Lodeve, a few kilometres north, is a small traditional market town in an attractive setting.

Natural scenic highlights such as the Cirque de Moureze and the Lac du Salagou are also close by: the colourful Lac du Salagou is surrounded by countryside whose soil is an unusual burgundy-red colour.

In the far north of Herault you can visit the small town of Avene, best known for its mineral waters that are used in the well known Avène range of beauty products. Close to here, the area around Lunas is a good introduction to the scenery of the pretty 'mountains and springs' area of the Herault.

Map of Herault and places nearby

See an index of all Herault communes