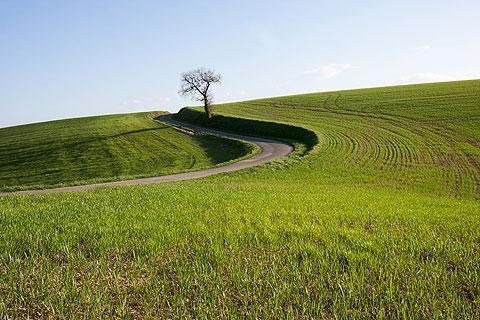 The historical region of Gascony (now the Gers department) is one of rolling countryside, of low-key agriculture and fields of sunflowers, of quiet roads and peaceful moments. It is an ideal destination for enjoying unspoiled countryside and relaxing away from the tourist crowds, with its fair share of castles, attractive villages and unspoiled market towns to visit

The French Gers department is located in the heart of the Midi-Pyrenees region, south of the Lot-et-Garonne department of Aquitaine and to the north of Haute-Garonne and the Hautes-Pyrenees.

The population density in the Gers is very low and the quality of life is very high - in part, the locals will tell you, due to the high standard and reputation of the local produce, including foie gras and local cheeses.

Gers is an attractive department to explore, above all for the quiet countryside, the many small attractive villages - in particular to the north and east of the department - and of course the local cuisine (foie gras, confit de canard, cheeses, armagnac...).

To make your travel planning easier we have divided the department attractions by region. Note that although we have mentioned some of our favourite villages in the region you will find your own favourites as you explore. Typically the small villages only take half an hour to explore, but add a great deal to the pleasure of a visit - so be sure to get out exploring!

Gascony was historically the region of France that covered most of the area to the south-west of a line between Bordeaux, Agen and Toulouse - i.e. the western part of the modern Midi-Pyrenees, and the coastal section of Aquitaine.

The name Gascony was officially abandoned following the Revolution, but the Gers department has used the name Gascony for tourism purposes - so for this travel guide the names Gers and Gascony are treated as the same thing although this is not strictly correct.

In many places in the department you will come across mention of the pilgrim paths to Santiago de Compostela - keep an eye out for carved stone shells above doorways in particular, which marks the medieval routes.

The regions of Gascony

A guide to some of the highlights for each region of the Gers department:

The largest towns in the north of the department include Condom and Fleurance both situated to the north of Auch.

The name of the town Condom causes such amusement to overseas visitors that the town has opened a museum celebrating contraception, although there is no real historical link with the town!

Also in northern Gascony you can visit the town of Vic-Fezensac (best visited at the time of its annual music festival) and Lectoure, a lively market town, while the walled town of La Romieu (close to Condom) has a very impressive collegiale church and tower. We also enjoyed exploring the village of Saint-Clar to the east of Fleurance and Saint-Antoine to the north-east.

An unmissable highlight in northern Gers is the group of villages classified among the 'most beautiful in France' that includes Montreal-du-Gers - see the Roman Villa-de-Seviac while visiting Montreal; Fources, a very unusual bastide town because it is circular in shape; and Larressingle (best described as a mini version of Carcassonne, and although very small a visit to Larressingle is one of the highlights of a visit to Gascony).

Heading south from Condom stop at Valence-sur-Baise, where you can visit Flaran abbey and cloisters, then continue to nearby Lavardens , an attractive village on a hilltop best known for its castle and the church of Saint-Michel.

Heading west from Condom you will find Eauze, often referred to as the 'capital of Armagnac' and with a small historical centre to explore, and the pretty village of Castelnau d'Auzan is also in a very picturesque setting.

The town of Auch is centrally located in the Gers department and also its 'capital' (préfecture) while the best known town in the south-west of the Gers is undoubtedly Marciac, a 13th century bastide town that plays host to an important annual jazz festival during the first two weeks of August each year.

Among the other places we suggest you visit in the southern part of the Gers are the bastide towns of Gimont (south-east), Masseube and Mirande, also Miélan and its lake. The tiny village of Tillac (south-west of Mirande) is more or less just a single-street, but it is a very pretty street!

Bassoues (with an imposing donjon) and Plaisance to the south-west each also have their own attractions to merit a visit.

The church at the village of Mont d'Astarac (at the southern tip of the Gers) has impressive medieval murals that have recently been renovated.

Sarrant (on the eastern border of Gascony) is also listed as one of the 'most beautiful villages in France'. Mauzevin and Cologne are two other villages with historic centres that are pleasant to explore close to Sarrant.

Saint-Clar (north of Sarrant) has an impressive medieval market hall, while Monfort is a small 13th century town with an impressive octagonal church belltower and we also enjoyed a visit to the small village of Saint-Antoine.

The south-east Gers also has some interesting historical monuments quite close together including:

The Gers is most certainly a department for being outdoors, whether walking and cycling - or sitting at the terrace of a cafe during the evening...

The countryside is a mix of open fields and hedgerows and areas of traditional woodland with numerous opportunities for outdoor activities and you should ask at the nearest tourist office for details of marked trails and suggested routes close to where you are staying.

Walking, cycling and horse-riding are all excellent ways to see the best of the countryside: cyclists will be pleased to know that the roads are generally very quiet, even in summer, and the hills are usually gentle! Perfect cycling countryside and the ideal way to appreciate the scenery!

Map of Gers and places nearby