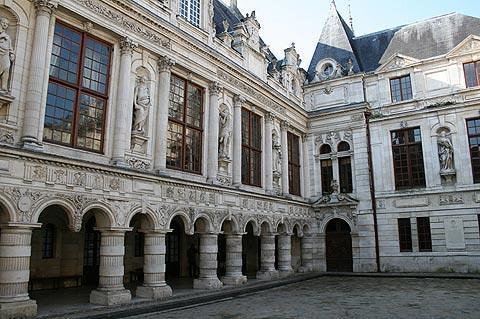 Charente-Maritime is a very popular summer destination, especially La Rochelle which is a lovely town set around a bustling harbour, and Ile-de-Re which is popular with families looking for a sunny beach holiday. 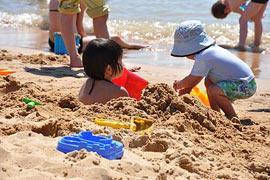 The French department of Charente-Maritime is located on the Atlantic coast of western France, in the Poitou-Charentes region. The department extends from just north of La Rochelle to the Gironde estuary (north of Bordeaux) to the south.

The department is a 'transition zone' between northern France and southern France, and some of the coastal areas have a very warm micro-climate with a great deal of sunshine, and warmer conditions than you would expect. Away from the beaches and coast the countryside here is largely flat, with small scale agricultural and crops such as sunflowers and maize interspersed with small woodlands.

The highlight of the department is undoubtedly the port town of La Rochelle, a lovely and interesting small city with lots to enjoy and discover. As well as La Rochelle, although the department includes coastal resorts such as Chatelaillon Plage and Fouras it is most visited for the popular islands off the coast of Charente-Maritime.

The most well known of these is the Ile-de-Ré, just off the coast from La Rochelle and with popular villages including Ars-en-Ré to the north-west, Flotte-en-Ré to the south-east, and the centrally placed fortified village of Saint-Martin-de-Ré.

The other main islands here are Ile d'Aix and Ile d'Oleron, which is another large and popular island with with numerous beaches and villages to explore a short distance to the south of Ile-de-Ré. You can also visit Fort Boyard, a sturdy castle on an island built by Napoleon and made popular by a French quiz show.

Other places of interest on or near the coast of Charente-Maritime include the resort of Ronce-les-Bains, established on the coast here for more than 150 years, the small town of La Tremblade which is close to extensive beaches and oyster fields, and the zoo at La Palmyre. Of more historic interest are the citadel and fortifications of the historically important town of Brouage.

There are many boat excursions available from the coast of Charente-Maritime, to see the islands, the Gironde estuary, the lighthouses, the coastline...these boat trips leave from many of the ports eg Royan, La Rochelle, Meschers (for the Gironde estuary), Marennes and Fouras (to see the oyster beds).

Quieter than the coast to the north of the department, the Ile d'Oleron and coastal resorts to the south also have much to offer. Royan has a pleasant seafront and easy access to several Charente-Maritime beaches.

Close to here you can visit Talmont, a picturesque village visited for the lovely 12th century roman style church, and Meschers-sur-Gironde on the Gironde estuary near Talmont where you can see the interesting coastal troglodyte dwellings set in the cliffs and the medieval centre of Mornac-sur-Seudre is pleasant to explore.

While it is true that the coastal regions attract most attention the eastern and central parts of Charente-Maritime also have several places of interest to discover if you choose to explore. We should say that most of these places apart from perhaps Saintes are interesting to explore if you are passing but we would not recommend travelling great distances to visit...

To the north, the small Charente-Maritime town of Marans has an unusual church and attractive gardens and the very quiet town of Surgeres has an attractive park around the remains of an ancient castle.

Continuing south, the principal attractions at Rochefort are the historical naval buildings including the arsenal and corderie, and the abbey church and the historical houses in the old town are among the highlights of a visit to Saint-Jean d'Angely while Saint-Savinien is a quiet town in a picturesque raised position above the Charente river.

You now reach Saintes which is an ancient town with some interesting historical monuments to explore, followed by Pons where the ramparts walk shows the town at its best, with the historical donjon, hospice and ramparts. Finally you discover the town of Jonzac which is one of the newest spa and thermal towns to be established in France.

The most visited natural region in Charente-Maritime is the area of marshes and canals known as the Marais-Poitevin to the north-east of the department: take a boat trip for the best way to appreciate the unusual environment.

For bird watchers and nature lovers there are several nature reserves in Charente-Maritime. Each of these also organises guided visits that will enable you to see the flora and fauna in a natural habitat.

Map of Charente-Maritime and places nearby

See an index of all Charente-Maritime communes