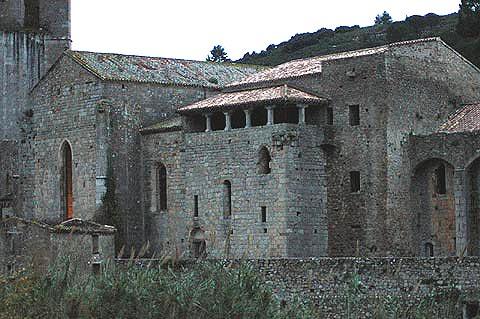 The Aude department of Languedoc-Roussillon has many highlights for visitors, including the the cosmopolitan city of Narbonne, numerous picturesque villages, the extraordinary medieval fortified town of Carcassone and a great deal of scenic natural beauty, as well as the dramatically located cathar castles and their associated legends! 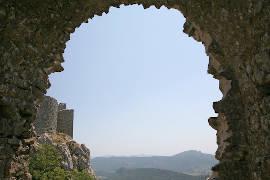 Situated towards the south of the Languedoc-Roussillon region of southern France, the Aude department has the Mediterranean coast as its eastern border and includes the important towns of Narbonne and Carcassonne, the popular cathar castles in the centre of the department, and some attractive scenic highlights.

Aude is generally warm with typical Mediterranean weather including hot, dry and stormy summers. Temperatures are lower inland especially in the more hilly regions, and the Aude is also one of the windiest departments of France.

It is the central and eastern areas of the department that attract the majority of visitors. We review the highlights for each area below:

Central and southern Aude: Carcassonne and the cathar castles

You can explore Carcassonne and the cathar monuments and castles in the centre and south of the Aude department, in particular in the region to the south of Carcassonne.

A significant part of Aude is affectionately known as Cathar country because of the strong links with the religious movement known as the cathars who occupied the region in the 12th and 13th centuries until they were brutally eliminated by a religious crusade.

During the crusade the cathars took refuge in remote castles on inaccessible mountain tops until their capture and slaughter, and visitors are fascinated by the many legends and myths that surround this history.

Known as the Corbieres region, we also suggest you visit the villages around the castles such as Cucugnan while exploring the cathar monuments.

Other attractions in central Aude

The peculiar mystery of Rennes-le-Chateau and its possible links with the Holy Grail continues to interest visitors. Also of interest here are the nearby village at Rennes-les-Bains and the towns of Quillan and Limoux.

The small market town and abbey at Alet-les-Bains was also a pleasure to explore while the abbey at Saint-Hilaire is certainly one of the most attractive in Languedoc-Roussillon.

The picturesque village of Lagrasse is classified among the 'most beautiful villages in France' and contains the extensive Abbey of Sainte-Marie among its highlights while another particular scenic highlight in this region are the valleys and ravines of the Gorges de l'Aude near Quillan.

Northern Aude and the Montagne Noire

If you travel north of Carcassone you will discover a group of several interesting villages including Revel, Saissac and Montolieu, (known as a book town because of the number of bookshops), and also Caunes-Minervois a short distance to the east.

This is the Minervois region, also well known for the wine produced in the region, and the southern edge of the Massif Central.

Also close to here you can visit the ensemble of ancient ruined castles that together form the Chateau de Lastours, one of the most northern of the cathar castles.

If you need to escape the heat for a while you can visit the two cave systems at Limousis and Cabrespine, east of Chateau de Lastours, to see some very impressive rock formations. The Giant Cave of Cabrespine is one of the largest caves in Europe.

In the far north of the Aude (and also in the southern parts of the Tarn department) there is a network of small perched villages to explore in the rocky forested landscape of the Montagne Noire, a picturesque landscape with steep valleys and fast-flowing streams

Perfect hiking territory, the villages are interlinked by a series of footpaths and tracks. Among the villages to explore are Albine, Lespinassiere, Cabrespine, Castans, Hautpoul, Labastide, Latourette, Pradelles and Roquefere.

Note: Roquefere also holds a jazz festival for a few days each summer, a lovely setting to sit and listen to some great music.

Eastern Aude and the Coast

This coastal region is within the 'Parc de la Narbonnaise en Méditerranée', a designated region that includes Narbonne Plage and Leucate, and also the popular African Reserve of Sigean, an extensive nature reserve near Sigean holding thousands of African animals.

There is also an extensive beach at Port-la-Nouvelle, a little way east of Sigean.

A short distance from the coast if you head north-west of Narbonne towards Minerve (an attractive village across the border in the Herault department) you can visit the traditional village of Bize-Minervois.

Close to here we also suggest you take a detour to see Fontfroide Abbey, a short distance south of Narbonne and one of the most important historical monuments in Aude.

There is another unusual monument in the small traditional village of Ouveillan to the north-west of Narbonne, where you can see the remains of a very substantial medieval stone barn.

A long stretch of the Canal du Midi flows through the Aude department. The whole canal is a UNESCO listed world heritage site and popular with those taking a river cruise in the region.

While following the canal you can visit Castelnaudary, a town on the canal that is best known as being the town that invented cassoulet and with a large port area developed around the canal, and the port village of Homps a short distance further east.

North of Castelnaudary we also enjoyed a stroll and picnic at the very small historic village and castle at La Pomarede.

Map of Aude and places nearby

See an index of all Aude communes