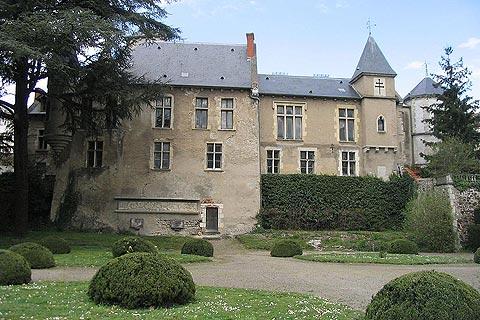 The town of Vichy is situated to the north-east of Clermont-Ferrand, and is the second largest town in the Auvergne.

Although the town is not a major tourist destination there are some sights of interest in Vichy, which is also an important spa town very popular among those seeking the healing powers of the local water.

Much of the town dates from the 19th and 20th centuries, in part due to the development of the spa waters industry since that time - it was Napoleon III who first brought these to the attention of the public. There are several different natural water sources in the town, some war and others cold. 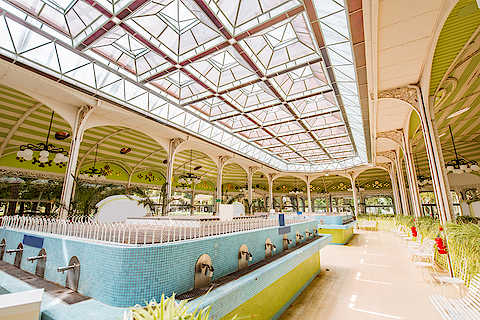 Vichy also produces bottled waters that are exported around the world under the names of Vichy Celestins and Vichy Saint-Yorre and are also atributed various health properties.

The houses along the Boulevard des Etats-Unis, dating from the epoch when the town started to develop under Napoleon III (1860-1870), are also interesting and in a style that is very unusual in the Auvergne - these include the Chalet Marie-Louise, the Chalet de Clermont-Tonnere and the Chalet de l'Empereur. The Parc Napoleon III was also part of this new development.

The Palace of Congress (opera) building dates from the same period but stands in complete contrast, with its ornately decorated facade also incorporating art nouveau elements.

You can also see the ornate buildings that were the grand hotels where visitors to Vichy stayed in the early 20th century, stroll along the pleasant boulevards and walk along the banks of the river, and if you are visiting in summer there is even a beach on the river in the town.

Another surprise in Vichy is the interior of the Chuch of Saint-Blaise: on the outside it is a rather bleak concrete church, but the inside has been painted with colourful frescoes and other decorations and is quite ncely done.

The riverside promenade in Vichy continues for several kilometres and has a few small cafes, and is one of the most popular activities in the town, with visitors and residents alike.

Note: as well as the thermal spa waters made popular by Napoleon, Vichy is also well known for its role as seat of the government of 'unoccupied France' during the Second World War, under the rule of Marshal Pétain (they were based in the Palace of Congress building). 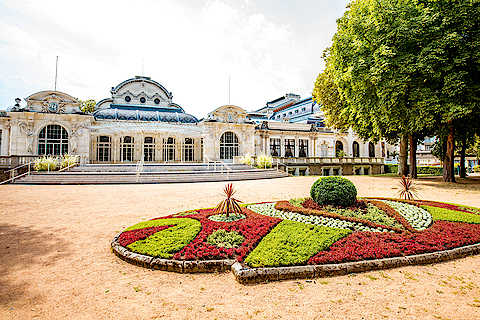 Among the places you will want to visit in the area around Vichy are the small village of Charroux, and the village of Chateldon overlooked by the ruins of a medieval castle.

Map of Vichy and places nearby

Visit near Vichy with France This Way reviews

Vichy is classified as a village in bloom (ville fleurie) 4*

Plan your visit to Vichy, Allier

Regular market(s) are held in Vichy each Every day except Monday. (Markets are held in the morning unless stated.)

The French version of this page is at Vichy (Francais)