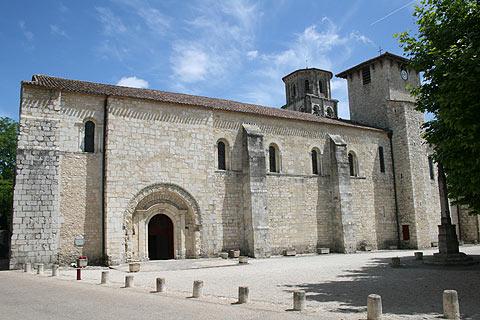 Vertheuil is a village on the eastern side of the Medoc peninsula of south-west France, where it is a few kilometres north-west of Pauillac. The village itself is picturesque, although very small, and would perhaps not feature on a list of Medoc highlights if it wasn't also home to one of the Medoc's finest architectural highlights, Vertheuil Abbey, and the ruins of a medieval castle.

The Augustinian abbey of Vertheuil dominates the centre of the village and dates from the 12th century although it was substantially reconstructed in the 18th century. 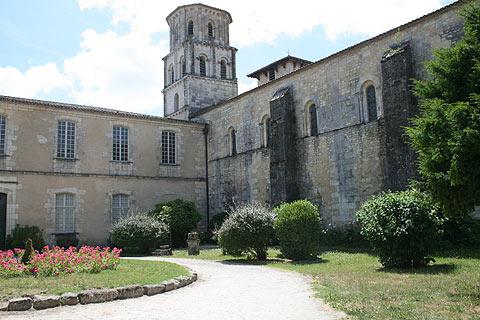 There are three distinct parts to your visit:

- the abbey church itself is in the Roman style and features two belltowers and a decorative entrance. Inside there are several interesting decorative highlights including a monumental 15th century font among them;

- the associated living quarters used by the monks in the abbey have an attractive 18th century facade and contain remnants of the original abbey arcades;

Just across the road from the abbey there is a small lane that leads towards an 11th century castle. You can see the original castle entrance gate as built in the 14th century and there is a trail around the castle grounds with further views but the castle itself is private property and is not open to the public.

There is also a small Ecomuseum in an 18th century house in the village centre with items explaining the traditions and lives of the local population. The museum is only open July and August, afternoons only, and closed on Mondays so you will need to time your visit carefully if you want to find it open!

The village also suggests a 16 kilometre walking trail in the region around Vertheuil called 'la Ronde Vertheuillaise' that passes several small local highlights and through the countryside of the region. See the tourist information just inside the abbey church for details, or follow the green trail markers that start in the village centre. 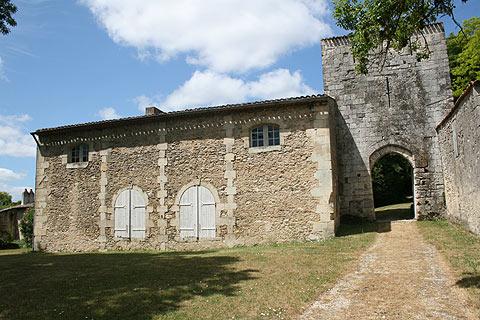 A few kilometres east of Vertheuil on the Gironde estuary is the small village of Saint-Estephe. The village is interesting to visit because of the highly decorated interior of the 18th century church, much of which is in the Baroque style. A couple of kilometres north of Saint-Estephe you can visit Saint-Seurin-de-Cadourne where Chateau Bardis has a very impressive circular pigeonhouse (colombier) that was built in the 14th century.

There are various wine chateaux and villages to explore in this famous wine region, which are the principal reason why visitors explore the Medoc: see the Medoc guide for details.

Map of Vertheuil and places nearby

Visit near Vertheuil with France This Way reviews

Plan your visit to Vertheuil, Gironde

The French version of this page is at Vertheuil (Francais)