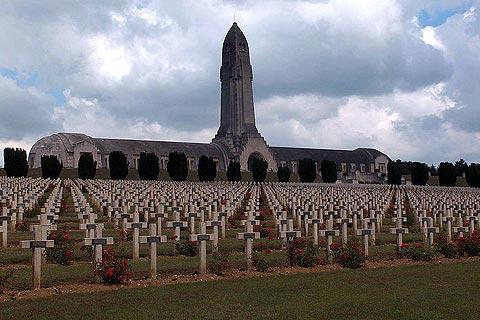 The town of Verdun is in north-east France, in the Grand-Est region (previously Lorraine) and about halfway between Reims to the west and Strasbourg to the east.

The history of Verdun is forever tied to the First World War I (1914-1918) and to the extraordinary and bloody war that developed around it, and of which the city and surrounding region bears obvious traces, but Verdun has a history that dates back much further than the 20th century, so during a visit you will also see medieval and other historic monuments.

Verdun was heavily involved in the battle of the Marne (1914), when the city was bombed and virtually destroyed. But the event to which the name of Verdun is linked is the 'Battle of Verdun', which was, as has been said, a true “battle of mutual annihilation”, one of the most terrible battles of the First World War (along with the battles of the Somme and Passchendaele). 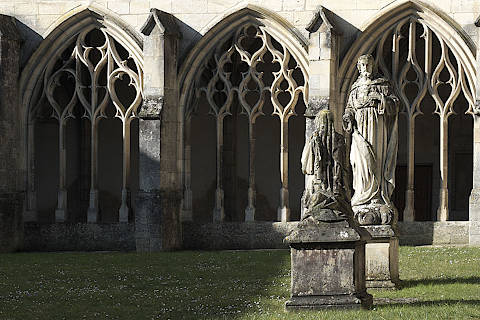 One important historical site in Verdun is the Citadelle, which stands on a site where there once stood an abbey, built by the Merovingian kings. The early parts of the citadel date back to the reign of Henry IV (1553-1610), and building was later continued at the end of the 19th century with the excavation of the underground citadel.

During World War I it formed the first shelter for the population, although this was quickly evacuated the citadel was later occupied only by troops. Today you can visit the seven tunnels of the fort through a circuit that reconstructs environments and modes of everyday life during the war, with animated scenes and virtual images.

As well as visiting the military fortress of Verdun you should visit the beautiful and original Verdun Cathedral in the Place Ginisty. The cathedral is next to the Bishop's Palace (18th century) that holds the Centre of World Peace.

The façade of the cathedral is embellished by an elegant portico with a composite Romanesque and Gothic style. The apses are polygonal and of considerable charm; and within rises itself a canopy of extraordinary Baroque manufacture. The Cathedral suffered very heavy damage during the First World War but has been well reconstructed.

The Abbey of Saint-Paul is another charming building, that now holds the Palais de Justice and the sous-préfecture for the Meuse department, and the town hall is an imposing classical style building with two wings and a small belltower.

Other interesting buildings you will see as you explore Verdun include the courtyard of the Hotel de la Princerie, a 16th century building with two levels of arcades, the 19th century market hall, and several imposing 18th century townhouses as well as various small churches and chapels.

Several monuments pay testimony to the war, including the Victory Monument in Verdun, erected in 1929 on the ruins of the ancient Roman city walls. In the crypt is maintained the roll of honour of the French and American soldiers decorated in this area during the First and Second World War.

Photos by G Freihalter and Aimelaime: see 1 and 2 for copyright. 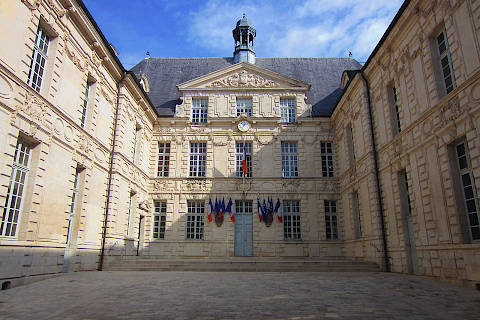 Visit the Verdun battlefields and tributes

Most visitors will want to visit the region around Verdun, where there are battlefields and forts including Fort Vaux (built around 1880 and then strengthened in 1911) and with views overlooking the entire valley to the south of Vaux - it was around here that the bloody battles took place from March to April 1916.

Another fortress, even more impressive than that of Vaux, is the Douaumont Fort, which was the scene of battles in February and June 1916.

Other tributes include the 'Memorial of the Battle 1914-1918', near the village of Fleury, with the museum on World War I and an exceptional collection of objects of the time, also the 'Douamont Ossuary', the shrine of the 130,000 French and Germans fallen.

Map of Verdun and places nearby

Visit near Verdun with France This Way reviews

Plan your visit to Verdun, Meuse

Regular market(s) are held in Verdun each Friday. (Markets are held in the morning unless stated.)

The French version of this page is at Verdun (Francais)