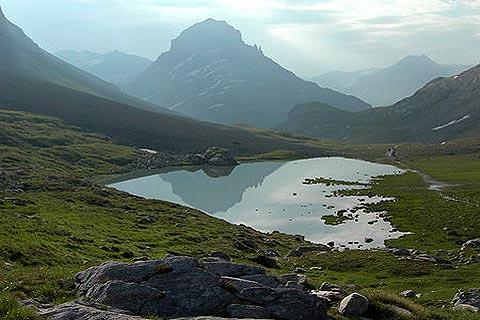 Vanoise National Park is an extensive protected area in the Alps in the south-east of France, east of Chambery and along the Italian border. This park is in the département of Savoie, in the Rhone-Alps region, entered via Modane to the south, Bourg-Saint-Maurice to the north and Moutiers to the west.

One of seven designated French national parks, to the east the park continues in Italy as the Grand-Paradis National Park.

One of the most popular outdoor areas in France, both during the ski season and the summer, the park receives more than 360,000 visitors each year. The scenery is mountainous and beautiful, sometimes almost other-worldly, and often very dramatic.

There are more than 100 mountains over 3000 metres altitude here, with the highest being the Grande Casse at 3855 metres above sea level. 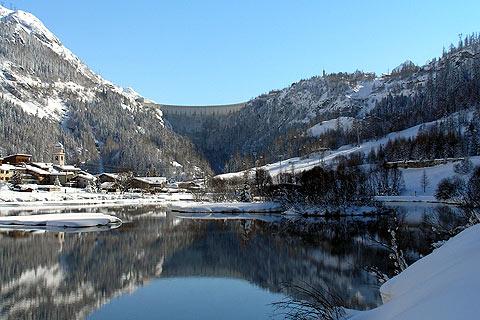 The most important towns in the region are the gateway towns (Modane, Bourg-Saint-Maurice and Moutiers) and the ski resorts. Otherwise there is little in the way of development within the park itself.

There are several villages in the region which are usually small, often in splendid settings, and provide an interesting glimpse of the harshness of mountain life - remember, many of the tracks now covered by well-equipped hikers were originally tracks used by the villagers to pass from one region to the next.

During the summer the Vanoise National Parc is essentially hikers territory, and there are numerous trails that can be followed including several long, sometimes difficult but always impressive, hikes and Grand Randonnées that pass through and around the region. In total there are more than 600 kilometres of trails in Vanoise National Parc.

The well established winter sport and ski centres of Val d'Isère and Tignes are to the east of the parc and Val Thorens to the west. Other sports are also possible here such as mountain biking and paragliding - but note that mountain bikes are not generally allowed on the trails, but only on specific routes allocated to them.

If you are lucky you will also have the chance to see some of the wildlife in the parc as you explore, such as the Alpine Ibex and the chamois as well as some of the numerous smaller mammals and birds of prey that live here. A part of the reason for the creation of the parc was to provide a protected area for the ibex.

The harsh climate is also home to a myriad of unusual plants and flowers, even at higher altitudes above the treeline and there is always something unexpected to discover and enjoy. 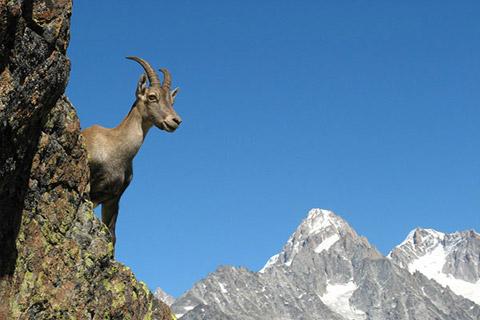 If you are more of a car explorer, you will doubtless want to ascend the Col de l'Iseran, south of Val d'Isère to the east of Vanoise National Park - this is the highest Alpine pass and will provide at least a glimpse of the hard landscape in the parc. The pass is usually open July to September, but often closed by snow at other times.

Map of Vanoise National Park and places nearby

Visit near Vanoise National Park with France This Way reviews