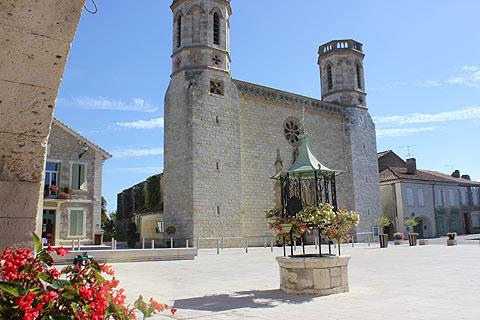 Valence-sur-Baise is a bastide town, founded in 1274 on the banks of the Baise river in the Gers department in the Midi-Pyrenees region.

The main part of town is centered around the church and central arcaded square, but Valence also has a river port with facilities for those arriving at the village by boat.

Valence-sur-Baise was originally surrounded by eight meter high ramparts with four large stone gateways. Sections of the ramparts still exist along with one of the gates, the Porte d'Espagne also known as the 'hedgehog'. The ramparts are floodlit on a night making them very pleasant for an evening stroll. 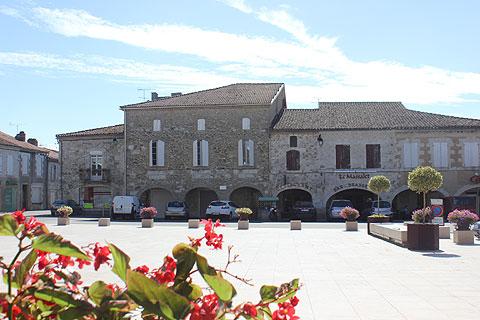 Valence's church was built in the 16th century but has been quite extensively changed over the course of the following centuries. It has an unusual long, flat frontage flanked by two towers, though the church originally only had one tower.

Like many bastides Valence-sur-Baise has a number of wells, three of which are in the main square. One is just in front of the church and is very pretty. As the village is sat upon a rocky outcrop the wells are deep, and having these wells in the village allowed the residents to withstand the sieges that took place during France's chequered history. The raised position of the village also means you have some good views over the Gascony countryside towards the Pyrenees.

The church and well are both on the pretty main square which is surrounded by arcaded buildings which are now converted into a mix of bars, restaurants and shops.

A little outside the village is the Abbaye de Flaran, an ancient Cistercian abbey founded in the mid 12th century. The abbey has a 14th century Gothic cloister and is one of the best conserved abbeys in south-west France. It is now widely used for concerts and exhibitions and has a permanent exhibition of the pilgrim routes to Compostella. 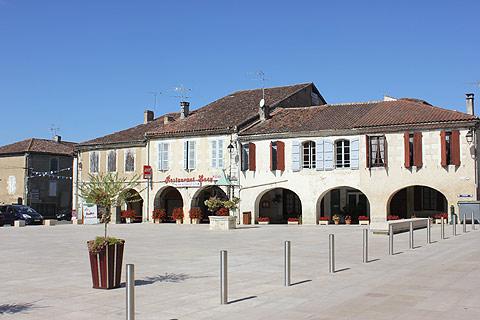 Valence sur Baise is close to Condom and the beautiful fortified village of Larressingle. From Condom you can do a boat trip to Valence-sur-Baise and back - a trip of nine kilometres.

The Chateau de Lavardens in the lovely village of Lavardens has some excellent exhibitions.

Map of Valence-sur-Baise and places nearby

Visit near Valence-sur-Baise with France This Way reviews

Plan your visit to Valence-sur-Baise, Gers