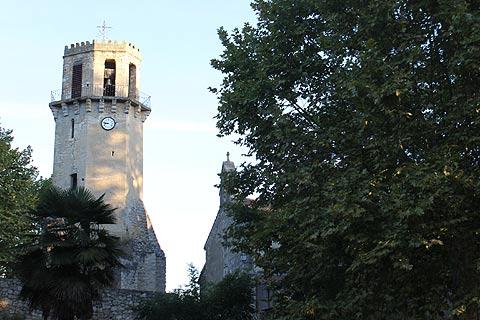 The small village of Tourtouse is little more than a hamlet, set in the wooded hills of the Ariege department between the town of Cazeres on the plains to the north and Saint-Girons in the hills to the south. Although it is very small and a visit won't take you very long a detour to visit is recommended if you are passing.

A castle stood in this location by the 12th century, and it is the donjon of this castle and the surrounding fortifications that now occupy the centre of the village. 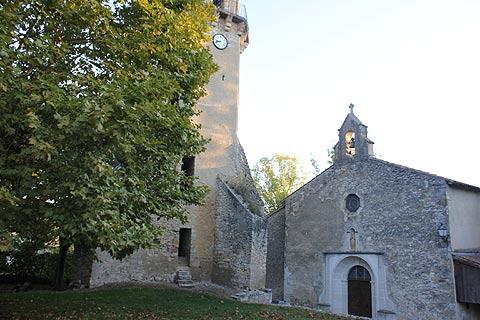 This peaceful location gives little clue to the history of Tourtouse: during the 13th century ownership and control was contested by the counts of Toulouse and Languedoc, and in the 16th century much of the village was destroyed during the Wars of Religion.

The castle donjon dates from the 12th century, with the upper part added in the 14th century. The donjon is surrounded by a small garden area above the fortified walls, and there is a small 17th century church next to the tower.

You can also see several attractive houses typical of the Ariege region in the village.

Stroll to the other end of the village for the best view of the high defensive walls.

Below the village there is a large parking area next to a picturesque stream and shaded by old trees and Tourtouse would make a good place for a picnic. 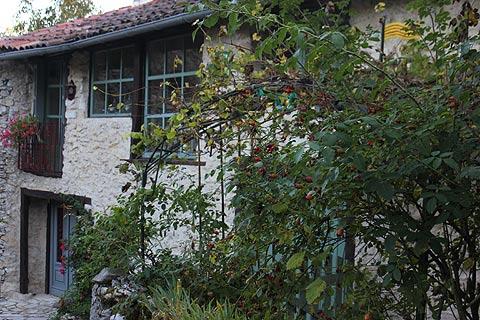 Tourtouse is in the north-east of the Regional Natural Park of the Pyrenees-Ariegeoises, and most of the appeal of the area is in exploring the natural environment.

Among the most interesting villages and towns nearby you can travel a few kilometrs to the south and visit Saint-Girons, Saint-Lizier and Montjoie-en-Couserans: each is small but together they make for an interesting visit.

Map of Tourtouse and places nearby

Visit near Tourtouse with France This Way reviews

Plan your visit to Tourtouse, Ariege

The French version of this page is at Tourtouse (Francais)