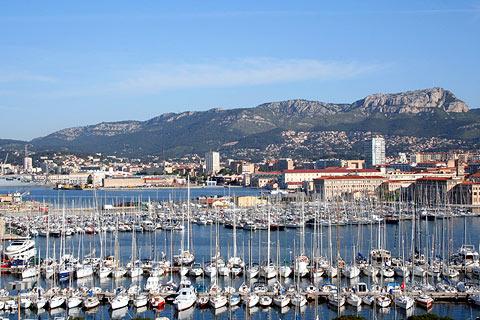 Toulon is a major town located on the Mediterranean coast to the east of Marseille in the Var department of Provence. It is situated around a rocky bay, sheltered by the limestone rocks of the 'Faron', crowned with ancient fortifications.

The sheltered position has given rise to a large harbour and Toulon's role as home to the French naval fleet. See also history of Toulon for the city's development.

Although it is not a major tourist destination on the Riviera, Toulon has several notable historic buildings, a great deal of character and - most important - some important museums.

A visit to Toulon will usually start in and focus around Toulon Old Town. Now much restored it is the most interesting sector with narrow streets lined with shops leading to small open squares and numerous cafes. The best time to visit is in the morning when the daily market on Cours Lafayette adds some colour to the town. 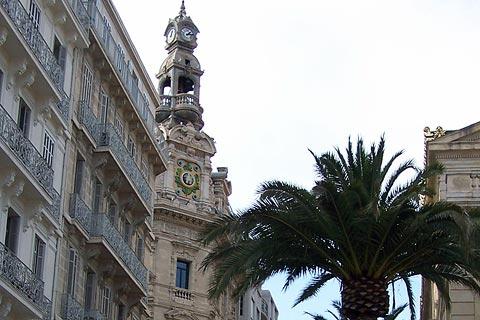 One of the first important buildings you will see is the 18th century Church of Saint Louis, with its classical style facade, three naves and double Doric columns. It was begun in 1709 and completed in 1788. The church was seriously damaged during the course of its history, including damage during WWII. (According to witnesses it once featured a peristyle with four Tuscan columns topped by a triangular pediment that ended in a stone cross and a nave supported by doric columns.)

Also remarkable is the Fountaine des trois Douphins (1780) in Puget Place - surely the most remarkable of all the fountains in Toulon for its grandeur and the flow of water that is collected in the large shell below.

But the most interesting building in Toulon is the National Museum of the Navy, which was opened in 1981 and tells the historical story of the Arsenal of Toulon, while also maintaining an outstanding series of ship models from the seventeenth century (merchant ships and fishing boats and other special models).

The arsenal of Toulon, which is perhaps the place most visited by tourists, dates back to the time of Henry IV: it was inaugurated in 1680, and it is very vast. It is entered by a 1738 portico adorned with relieves. The arsenal contains many paintings, such as the beautiful picture by Antoine Morel Fatio (19th century) called 'The port of Toulon in 1854', also paintings by Emil Mathon, with the 'Retour de l'Admiral de Courbet aux cendres salins d’ Hières'; Vincent Cordouan and the 'Combat de Vaisseau, the Romulus, 13 fevrier 1814', and by J. Vernet is 'Les Vues des Ports de France'.

Another important monument to visit in Toulon is the 'Cathedral of Saint Marie', dating from the eleventh century and enlarged in the second half of the seventeenth century before being consecrated in 1661. The portal of the cathedral dates back to 1796, and the bell tower is from 1740. There are two Corinthian columns separating the main door from the two sides.

The interior of the cathedral has three naves with ogival arches; several notable paintings and reliefs, and, in the chapel of Corpus Domini there is a magnificent marble composition by Christophe Veyrier: a majestic work, with statues of Saint Peter and Saint Paul between which stands the figure of God amongst a group of angels, made of white life-size marble. 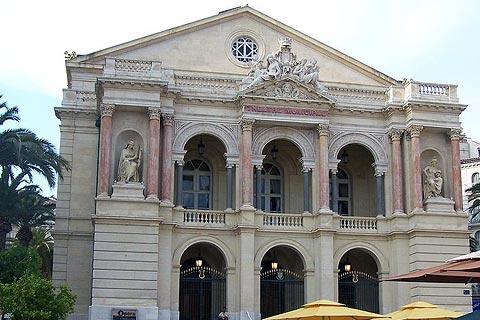 Next to the Cathedral in Toulon is the Musée des Vieux Toulon. This is a very important museum connected with the customs and the history of Toulon, and is divided into several sections (architecture and urbanism, decorative arts and ceramics, drawings and paintings, local and regional history) and presents permanent and temporary art exhibitions.

Among the permanent art exhibitions, see the one concerning Napoleon and his military activities in Toulon in 1793. Among the paintings in the museum are some based on a strong realism, e.g. by the painters Marcel Lonjon and François Nardi (La Rade de Toulon, effet de Mistral) and various others.

Other places of note and Toulon attractions

Another important monument in Toulon is the Tour Royale (XVI century), which once exercised the office of prison and now contains a few pieces of artillery. After visiting the Tour Royale you can enter the Place de la Liberté, an impressive Place with grand 19th century buildings where you will find the Fountain de la Federation (1889).

Here you can also visit the famous Toulon Museum of Art, which is important because it shows the works of the sixteenth century contemporary art world such as Vernet (the 'Marine') and Guerin (the 'Portraits'). Also very interesting is the overview of the pictorial Provencal landscape of the mid-nineteenth century. 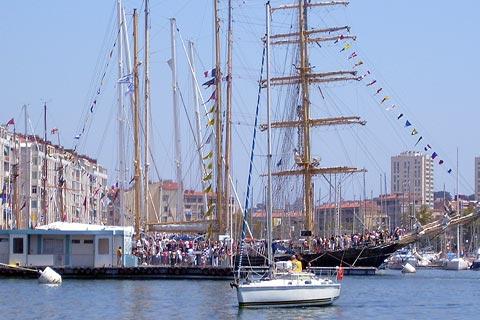 Toulon New City and places to visit near Toulon

The new city now in Toulon also has tourist attractions of interest. Surrounded by a ring of hills the city offers an impressive panoramic spectacle, especially when viewed from Mont Faron. Note that while it is possible to drive up Mont Faron it is more entertaining to take the cable car from the town centre!

The area of the modern port, with its frame of boats, also lends itself to leisurely walks, maybe along the Quai Kronstadt. Boat-trips around the Rade de Toulon are also a popular excursion, during which you see military ships as well as the rest of the port and harbour area.

The nearby beaches of Mourillon are another good reason to visit the region around Toulon. As well as the beaches, Mourillon is like a small Provencal village distinct from Toulon and enjoyable to explore.

Map of Toulon and places nearby

Visit near Toulon with France This Way reviews

Plan your visit to Toulon, Var

The French version of this page is at Toulon (Francais)