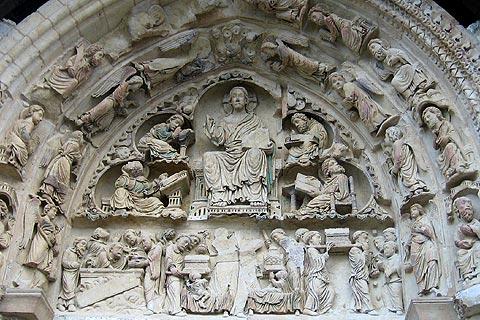 Saint-Benoit-sur-Loire is on the Loire river in the Loiret department, to the south-east of Orléans. It is the benedictine abbey that dominates the village that is the main reason visitors come here, as well as numerous pilgrims. The abbey is also referred to as the Abbey de Fleury.

Explore the Abbey of Saint-Benoit-sur-Loire

France This Way comment: the abbey church at Saint-Benoit-sur-Loire is a beautifully maintained and restored example of 12th century religious architecture: you will already know if that is something you would love to see or not, but I am an enthusiast!

Dating from the 11th century (and built on the site of an even older religious edifice that had been destroyed) the Abbey of Saint-Benoit-sur-Loire is one of the best examples of Roman style churches in France and contains numerous features of interest. 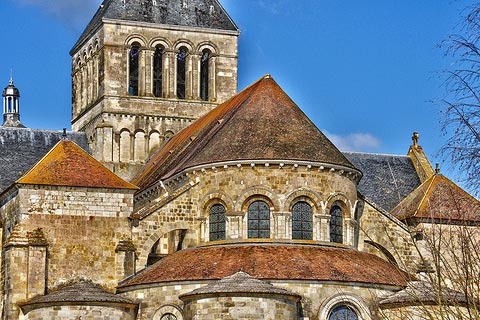 Start your visit with the Tour Porche, a perfectly proportioned 11th century building that has open archways surrounded by decorative stone around the ground level, and some attractively carved capital stones and engravings. Apart from some traces of ancient walls just inside the entrance, and the crypt, this is the oldest part of the Saint-Benoit-sur-Loire Abbey that we can still see today.

The north entrance has the most impressive individual stone carving at the abbey, with Christ at the centre, surrounded by the four evangelists and with his hand raised in blessing to the pilgrims that once passed through this entrance to the church. The central carving is surounded by further representations of angels and apostles.

The church has a central tower with attractive arches on each face, and to the rear of the church, the chevet with its series of small round chapels is also very typical of roman style churches.

The main nave dates from the middle of the 12th century, and the transept and choir from the end of the 11th century.

Inside the large abbey church the main highlights are the decorative mosaic floor around the altar, and the many ornately carved capital stones that adorn the columns (when looking at these recall that originally they would all have been painted in bright colours, even if the paint has largely disappeared today). The wooden stalls also retain several of their original carvings and decorative elements.

There is also an important medieval carving in alabaster of the Virgin and child inside the church as well as the recumbent statue of King Philip 1, King of France from 1060-1108. This statue is supported by lions (mostly recent recreations) and rests on a lovely floor made with marble and other colourful stone tiles brought here in the 16th century and laid in a series of circles and patterns.

Beneath the church, the original 12th century crypt still contains the relics and shrine of Saint-Benoit who died in 547 and brought here by monks in the 7th century to the monastery that originally stood on this site.

Following the revolution it became illegal for monks to establish their communities in France. However a group of benedictine monks re-established themselves here in 1944 and are still in residence. 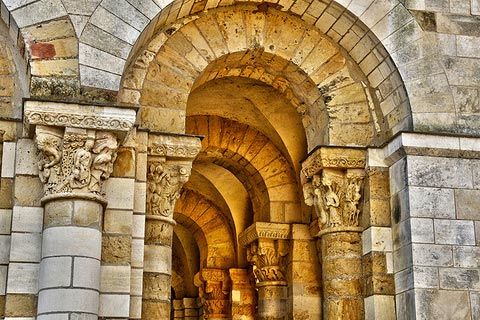 It is true that the most popular attractions are rather more dispersed than in some areas of France (you will find other abbeys in France to visit in all areas).

Enthusiasts of religious architecture will certainly want to visit the Cathedral in Orleans, while gardeners can explore the Arboretum des Grands-Bruyeres to the north of Saint-Benoit-sur-Loire, and history enthusiasts might like to visit the Chateau de Chamerolles or the Chateau of Sully-sur-Loire.

Map of Saint-Benoit-sur-Loire Abbey and places nearby