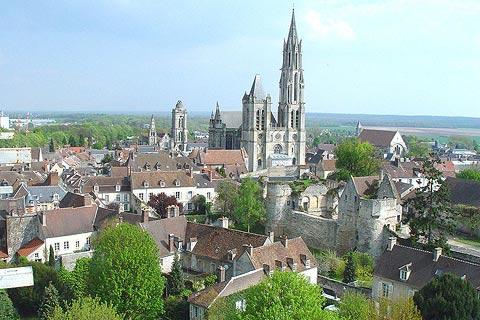 Senlis is a town situated in the southern part of the Oise department of Picardy, in northern France.

France This Way comment: there are several sites of interest discover in the town so a visit to Senlis tourist information on Place du Parvis Notre-Dame is recommended before you start exploring.

Start your visit in the heart of Senlis old town, where narrow cobbled streets are lined with tall old houses and shops and as contrast, there are also several important grand townhouses, such as the Hotel Germain, the Hotel d'Herivaux and the Hotel du Haubergier. 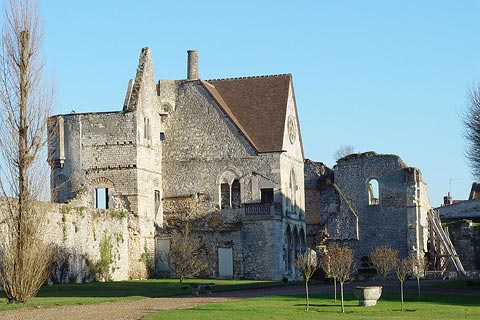 You will quickly reach the Cathedral of Notre Dame, the best known monument in Senlis that dominates the town with its tower, an ornate portal and a richly decorated interior.

The carvings around the door in the western facade are very impressive and depict the Triumph of the Virgin.

The castle at Senlis dates from the 12th century and was for several centuries home to the Kings of France.

Now largely in ruins (following the French revolution), the substantial remains are now set in attractive parkland and an evocative reminder of their past importance, with many of the original buildings clearly recognisable, including the chapel, tower and living quarters.

Other sights of note include parts of the original defensive ramparts (now a pretty walk around the town), the eastern wing of the 13th century Priory of Saint-Maurice, and the Chapel of Saint-Frambourg.

The remains of a Roman amphitheatre can also be seen on the edge of Senlis - the peaceful setting gives little indication of the thousands of spectators that once came here to watch the Roman gladiatorial combats! 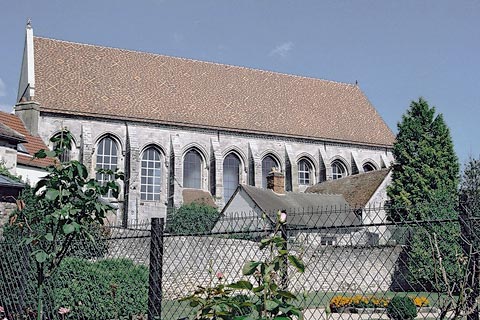 A few kilometres west of Senlis we recommend you visit the Chateau and town at Chantilly.

Map of Senlis and places nearby

Visit near Senlis with France This Way reviews

Plan your visit to Senlis, Oise

Regular market(s) are held in Senlis each Tuesday & Friday. (Markets are held in the morning unless stated.)

The French version of this page is at Senlis (Francais)