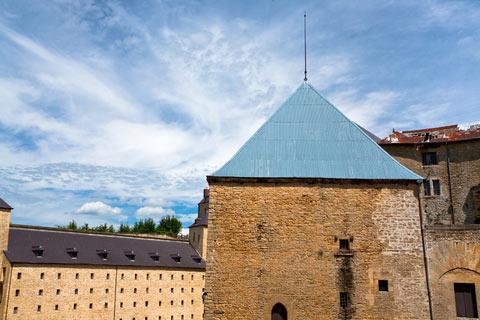 The town of Sedan is in the east of the Ardennes department (Champagne-Ardenne region) of France, on the edge of the great forests of the Ardennes and near the country's eastern border.

Sedan is officially listed as a 'town of art and history', and the centre of the town is now a protected zone, to ensure that development is controlled and the important patrimony is preserved for the future. 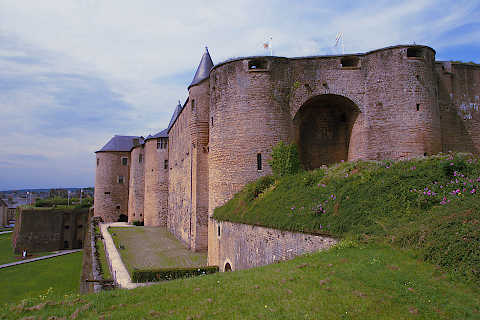 The medieval Sedan castle dominates the town and is also the most important historical monument here. Built in the 15th century, with the defenses added in the 16th century, the castle covers more than three hectares (seven acres) - apparently it is one of the most extensive castles in the world and the largest chateau-fort in Europe.

The main living quarters in the castle date from the 16th century, but were abandoned for new accommodation in the nearby 'Chateau Bas' (palais des Princes) in the 17th century. Now nicely restored and maintained, Sedan castle is open to the public.

When you visit, as well as the castle and rooms you will also see a film explaining the history of the castle, and several of the rooms have 're-enactments' of their historic role in the castle with life-size mannequins. From the ramparts of the castle you have excellent views across the rooftops of the town.

There is more to Sedan than just a castle however, so be sure to allow some time to explore the rest of the historical centre, including the Palais des Princes mentioned above. A large part of the centre is pedestrianised and there are lots of restaurants.

To see in particular are the many fine town houses in and around the Place du Chateau and the rue de l'horloge and surrounding streets, typically dating from the early 17th century. Moving forward, the 18th century architecture of Sedan is best appreciated in the Rue du Menil.

There are many individual highlights in Sedan, including several churches as well as other buildings relating to its military and industrial history so we highly recommend your first stop is the Sedan tourist office for a map and suggested route to follow when exploring the town. 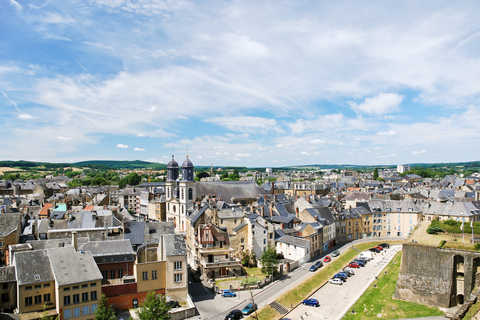 It is true that there are less attractions in the region around Sedan than in certain parts of France, but you will appreciate a visit to the nearby town of Charleville-Mezieres, to see one of the most attractive town squares in France.

Map of Sedan and places nearby

Visit near Sedan with France This Way reviews

Plan your visit to Sedan, Ardennes

Regular market(s) are held in Sedan each Wednesday & Saturday. (Markets are held in the morning unless stated.)

The French version of this page is at Sedan (Francais)