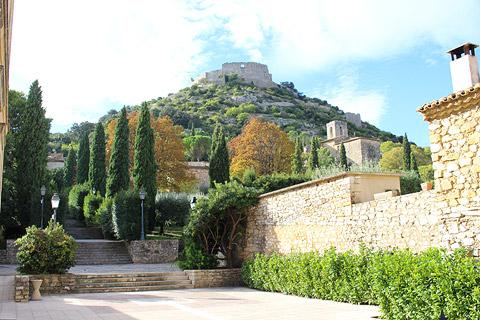 The village of Saint-Victor-la-Coste is in the Tave Valley in the eastern part of the Gard department, and one of several small villages in the area that are interesting to explore.

When you first arrive in Saint-Victor-la-Coste it appears pleasant, with the Town Hall dominating the centre of the village, if not perhaps any different from many other villages in the region, but when you start exploring you will quickly find there is more here of interest than you would expect, with several different sites of interest. 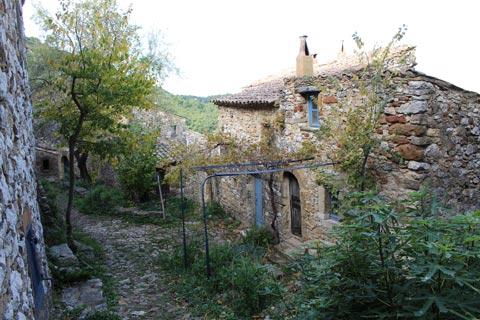 In front of the Town Hall is a 19th century fountain with an obelisk dedicated to maths and learning, then to the side of the Town Hall there is a tree lined path that leads up the hill behind the village to the castle that you can now see ahead of you. Follow this path a short distance but before racing off to the castle you should take the path to the right near the church signed 'vieux village'.

This is the oldest part of Saint-Victor-la-Coste and was where the village originally developed below the castle. This old village is more of a hamlet than a village, perhaps 15 houses in total, and reached through a stone arch. A rough track leads between the houses and up the hill a short distance. These ancient houses are very picturesque and almost all unrenovated so preserving more of their historic charm.

Return to the church, which was built in the 17th century on the site of the original defensive walls in Saint-Victor-la-Coste, for your climb to the castle.

The ruined fortress that stands on the hill behind Saint-Victor-la-Coste is called Castellas. Although it looks like a steep climb ahead of you, especially if it is a hot day, it is actually only a few hundred metres to the fortress and the walk takes less than 15 minutes. It is also a very pleasant walk through the countryside, and there are very few other hills in the region so the views are very extensive.

Although it is now essentially a ruin, the remaining walls are very substantial and you also have views in all directions from various places around the castle so it is very pleasant to visit. When I visited the wind being funnelled through the main entrance was so strong that I could hardly get back out of the castle but luckily noone else was there to see my struggles! 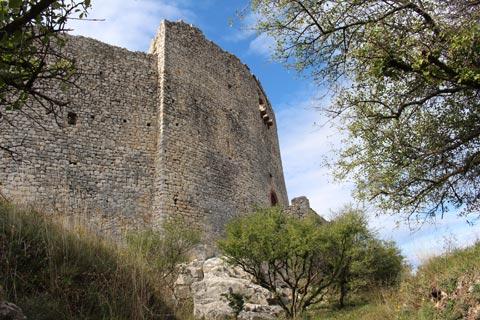 After these other sights there is one other highlight to be seen in Saint-Victor-la-Coste: a short distance down the hill from the centre you can see the village lavoirs. There are two of these next to each other, both identical, with stone walls and columns, decorative arches in their facades and a substantial fountain between them. I know you are tired after climbing the hill but they are worth the extra effort!

Very close by the roman chapel and the hermitage of Mayran are a popular attraction. The Chapel of Notre Dame is in the roman style with an eight sided tower, and highly regarded because it has preserved so much of its original simple design.

A few kilometres east of Saint-Victor-la-Coste the village of Saint-Laurent-des-Arbres is also very charming with its fortified church and castle towers, while to the west of here the town of Uzès has also preserved a great deal of its historic charm.

Map of Saint-Victor-la-Coste and places nearby

Visit near Saint-Victor-la-Coste with France This Way reviews

Plan your visit to Saint-Victor-la-Coste, Gard