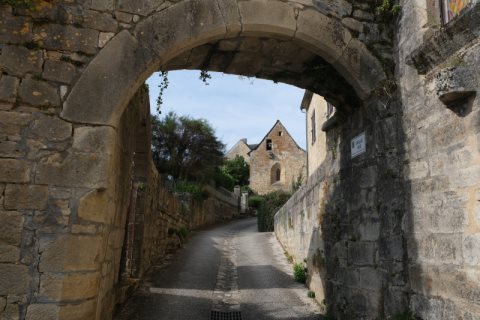 Saint-Robert centres around its 12th century church with narrow streets of stone houses with slate or terracotta roofs and wooden shutters radiating out around the church. As you stroll along these streets look out for the charming architectural details such as stone balconies, wooden verandas and arched doorways.

The church itself was built by Benedictine monks who were disciples of Robert de Turlande who founded the abbey at La-Chaise-Dieu. The church was inspired by that of Beaulieu-sur-Dordogne and built according to the plan for a pilgrimage church. Be sure to enter the church as there is a wooden statue of Christ inside dating back to the 13th century.

From the church you can enjoy beautiful views over the rolling valleys of the Correze countryside.

In the village you can also see the 16th century Chateau Verneuil and the Maison Seguin, a tall house with a 17th century staircase.

In the 1980s Saint-Robert served as the backdrop for a television adaptation of "Des Grives Aux Loups" by Claude Michelet. The six episodes were largely filmed in the village which was called Saint Liberal sur Diamond in the television series. It is the story of a family living in a Correze village from 1899 until 1988 and follows five gererations of the fictive family.

If you are visiting in July and August be sure to check out the dates of the classical music concerts which are held in the village. These are generally a number of interesting events taking place over the holiday period. The Saint-Robert Office de Tourisme will be able to give you details of the programme for the summer. 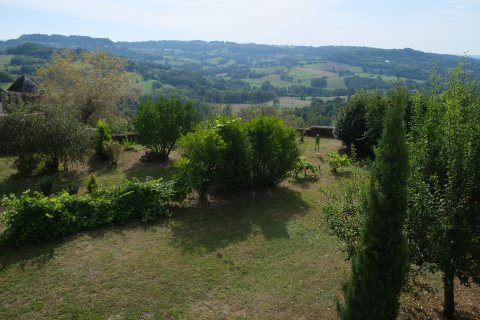 Places to Visit Near Saint-Robert

The Chateau de Hautefort is one of the best known in France and is just 12 kilometres from Saint-Robert, across the departmental border in the Dordogne.

Garden lovers will enjoy a trip to the 'Jardins de l'Imaginaire' at nearby Terrasson. These gardens have a very modern feel and have some wonderful water features. The town of Terrasson is also well worth a visit with its stone houses and grey slate roofs.

Map of Saint-Robert and places nearby

Visit near Saint-Robert with France This Way reviews

Plan your visit to Saint-Robert, Correze

The French version of this page is at Saint-Robert (Francais)