The town of Saint-Brice-en-Cogles is found north-east of Fougères and 45 kilometres from Rennes in the eastern region of the Ille-et-Vilaine department of Brittany.

It is a traditional Breton town and almost every house and castle is built in the local granite, which was also an important local industry around the village in the 19th century when there were several granite quarries operating.

While the town itself doesn't take long to explore it is very pleasant and a visit is recommended when you are in this area. Saint-Brice-en-Cogles is listed as a "Village d'etape" being a pleasant small village to break up a journey and close to a main transport route (the A84/E3 betwen the north coast and Rennes). 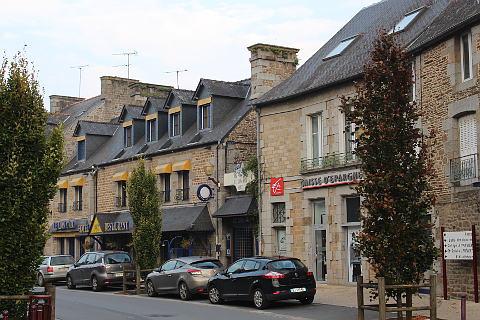 The most interesting houses and shops of historical character can be found in the main street, the Rue Chateaubriand. There are several small restaurants including the Lion d'Or which is in the centre of the high street, and is also a hotel offering good value for money if you are staying overnight.

To the east of the main street the road continues into the Rue du Fougeres, and also at this point you can follow the Rue de l'Eglise a short distance to see the main historical monument in the town itself, the Church of Saint-Brice. Rather austere in appearance, the church was constructed and modified over the period 1776 - 1855.

To the rear of the church, the Chapel Saint-Catherine is slightly older than the main church, dating from the 17th century.

It is the castles and manor houses in the vicinity of Saint-Brice-en-Cogles that are the principal attraction here. These include:

I have listed these castles and manor houses in chronological order of when they were built because that is also their order of interest to visitors. If you have limited time I suggest you start at the top of the list! The Saint-Brice-en-Cogles tourist office can give you a guide to the best route to follow to see the local castles and manor houses, and other places of interest. 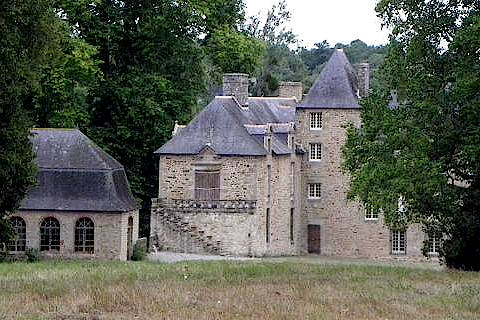 Another historic town with a castle close to Saint-Brice-en-Cogles that you will also enjoy exploring is at Fougeres, about 15 kilometres east of the town.

On the coast to the north visitors will of course want to visit the island and abbey at Mont-Saint-Michel, 30 kilometres from here and one of the most visited attractions in France.

Map of Saint-Brice-en-Cogles and places nearby

Visit near Saint-Brice-en-Cogles with France This Way reviews

Plan your visit to Saint-Brice-en-Cogles, Ille-et-Vilaine