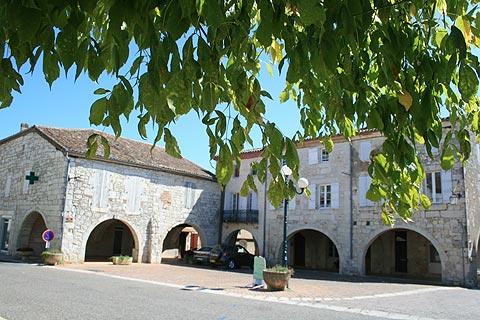 Puymirol is a small town to the east of Agen and is the oldest of the bastide towns of Lot-et-Garonne, having been founded in 1246. It is one of the towns and villages within the attractive 'Pays Agenais' region.

You can enter the centre of the old village via the Porte de la Citadelle, one of the original entrances through the 13th century town defences. 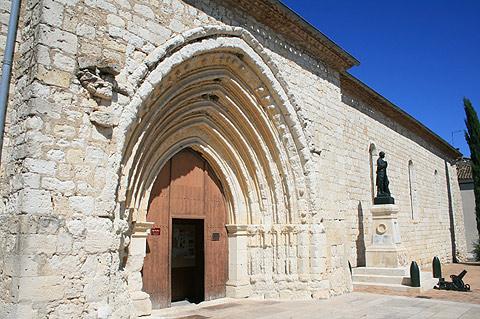 Although officially a bastide town the centre of Puymirol is spread out along the main street, the ‘Rue Royal’, rather than around a central square that you would expect to find in a bastide. The centre of the village has lots of nice arcaded medieval stone buildings and a church, the Church of Notre-Dame du Grand-Castel, with a lovely 13th century portal consisting of a series of ornately carved arches.

The church itself was largely rebuilt in the 17th century and has one most unusual feature: for most of the 18th century the local dignitaries were buried under the floor of the church, and there are said to be several hundred of them buried here!

There are a lot of interesting buildings hidden away in the town and if you ask in the tourist office they can give you a leaflet to show you which buildings were the old hospital, the home for lost children and the old chateau, among others. Look out also for the original gateways into the town.

Puymirol is perched up high on a rock outcrop and has parts of its ramparts still intact as well as remains of one of the lookout towers - the Tour Ficat from where you have lovely views across the countryside. Interestingly this later became the residence of the town executioner who was not allowed to live in the bastide! You can follow a footpath around the ramparts.

There is also a sort of refuge, Le Senat, dug into the rock of the ramparts at the south end of Puymirol. This was used as a sort of winter meeting-place by ancient Puymirolais.

From ‘Le Foirail’ you can get the best views of the valley below, then if you are looking for somewhere to eat the Aubergade is a splendid Michelin starred restaurant in the village. 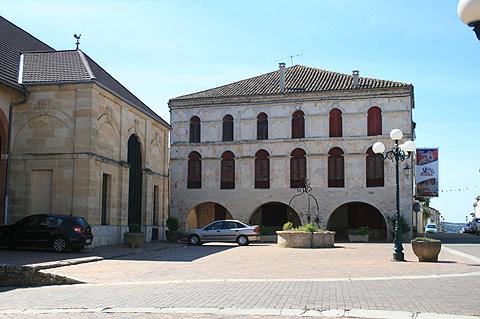 Puymirol is at the centre of the Pays de l'Agenais and there are a good number of picturesque villages to discover in the region - we particularly recommend Auvillar, to the south-east of Puymirol, which is a classified 'most beautiful village of France' and has a very unusual round market hall.

The Parc Walibi theme parc near Agen is very popular with children visiting the area.

Map of Puymirol and places nearby

Visit near Puymirol with France This Way reviews

Plan your visit to Puymirol, Lot-et-Garonne

The French version of this page is at Puymirol (Francais)