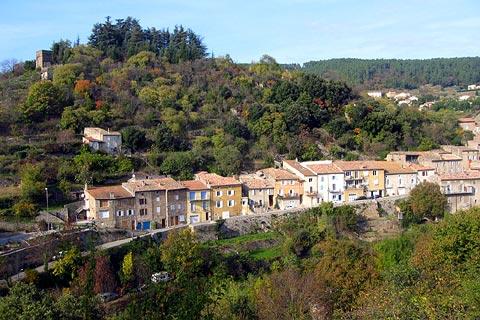 Capital of the Ardèche department and in the Rhône-Alpes region, the city of Privas is the smallest prefecture in France with a little over 10,000 inhabitants. Although its citizens, called privadois, are not numerous, the city is known around France for its crème de marrons and the surrounding rugged landscape makes it a center for outdoor sports and exploration.

Three rivers go around Privas: the Mezayon, the Ouvèze, and the Charalon. Beyond and between them are gorges and craggy hills that give the Privas region its character.

While the city of Privas itself attracts less visitors than the beautiful terrain around the town there are a few landmarks worth visiting in Privas itself.

During the siege of 1629, Privas was almost completely destroyed by Richelieu’s troops who wanted to return power to the king in the protestant city. Eventually, Privas was rebuilt as a center of commerce, but barely any traces of the original city remain. Although heavily damaged in the siege, the 15th century Pont Louis-XIII is still standing over the Ouvèze. 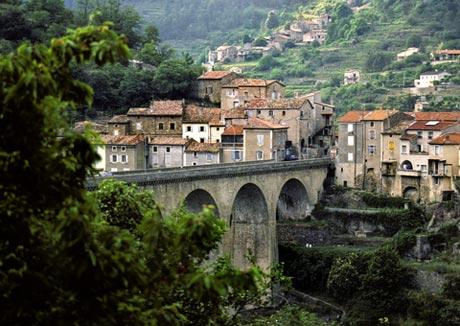 The 15th century Tour Diane-Poitiers on the Place de la Republique also offers a view into what the city looked like before the siege. More recent additions to the buildings in Privas include the Protestant Temple, built in the first half of the 19th century, the Church of Saint-Thomas and the Town Hall with its large clocktower, built in 1937 and rather typical of architecture in France just before World War 2 (although in truth these three monuments are of limited interest to visitors).

The peace of Montoulon today gives little clue that in in 1629 this was the last stronghold of the Huguenots as they held out against the forces of King Louis XIII.

In fall, the streets of Privas are littered with chestnuts and the Castagnades d’Automne each October celebrates the chestnut with festivals around the Ardèche. In Privas, the festival includes a market with a variety of chestnut products, including pasta, spice bread, flour, liqueur, and even sausage, available for purchase. There is also a massive chestnut roasting in the center of town where free wine and roasted chestnuts are given away.

Crème de marrons, a chestnut spread, and marrons glacés, candied chestnuts, are both specialties of Privas. They can be bought year round in grocery stores in France, with the most popular being the crème de marron made by the Privas-founded Clément Faugier.

A Saturday morning market offers regionally made and grown products, fruits, and vegetables. For lunch and dinner, most restaurants offer French specialties like crepes, tartines, and regional foods. La Houbl’ane at 7, Rue Elie Régnier has tartines, fondue, and raclette and Le Corentin at 2, Place République has a variety of crepes. 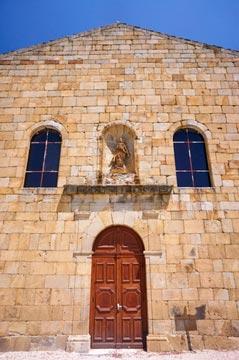 While there are hotels in Privas, it is also inexpensive to rent a room in a house outside of town or rent a chalet or pitch a tent at Ardèche Camping.

The Ardèche is the only department in France that does not have a train service and it is only accessible by car or bus. Buses regularly leave from the Gare Routière and TGV station in nearby Valence and the journey usually takes about an hour.

To the south and west of Privas there are several interesting villages to explore with our favourites including Alba-la-Romaine and Vogue, while to the east you will enjoy exploring the medieval village of Mirmande.

Map of Privas and places nearby

Visit near Privas with France This Way reviews

Plan your visit to Privas, Ardeche

Regular market(s) are held in Privas each Wednesday & Saturday &. (Markets are held in the morning unless stated.)

The French version of this page is at Privas (Francais)