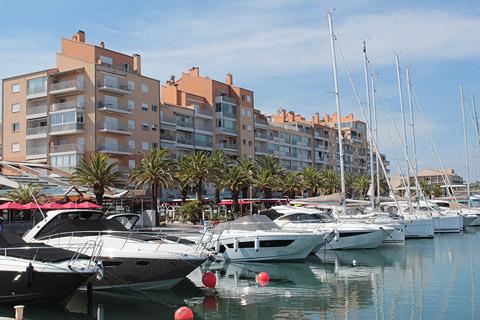 Most visitors to this part of the western Côte d'Azur are here to visit the town of Hyères and to take a boat trip to explore the Hyères islands of Port Cros and Porquerolles. What many visitors do not realise is that the peninsula just south of the town - the Presqu'ile de Giens - is also a popular tourist destination.

The Giens peninsula is a varied destination with beaches, small fishing villages, an extensive nature reserve and a lovely coast walk. It is also an unusual geographical site, one of a small number of peninsulas joined to the mainland with two branches instead of the usual one.

France This Way comment: while we would not choose the Presqu'ile de Giens as the main centre of a trip to the Mediterranean coast, it is an interesting place to visit and we would suggest you stay here two or three days - more, if it is also your base to base to visit the islands of Hyères. 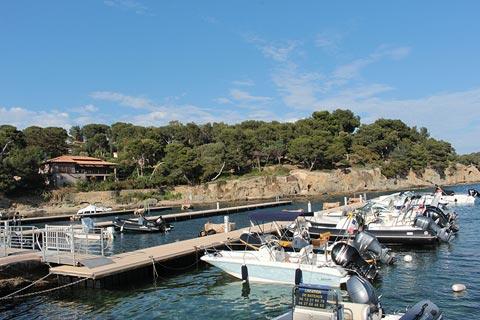 There are beaches along the east coast of the peninsula both north and south of the port, which are pleasant and a longer beach, the Plage d'Almanarre, along the west coast which is nice and sandy but can be rather windy when the mistral is blowing. There are also small beaches along the southern coast, for example at Port du Neil and the Plage dès Darboussières.

The Port d'Hyères on the east coast of the Giens peninsula is a bustling small town with numerous fishing boats in the Port de la Capte, the southern part of the port, and small pleasure boats in the northern end of the port. There are also numerous cafes and ice-cream shops and a market every Sunday morning in the town from Easter to the end of September.

The southern part of the Presqu'ile de Giens is where you will find most of the traditional small ports and fishing villages, including the Port de la Tour Fondue, Port Auguier, the Port du Neil and Port de la Madrague as well as the town of Giens. Each of these ports is very small with limited facilities but pleasant for a stroll, the most picturesque is perhaps the Port du Neil, a few kilometres south of Giens.

A large part of the centre of the Giens peninsula between the two branches to the mainland is a salt-flat which is a nature reserve known for its birds, including pink flamingoes. There are no public footpaths to explore this region, but guided walks are provided according to season: information is available locally when you visit.

Our favourite activity on the Giens peninsula is the coast path around the south-west corner, starting from Port de la Madrague, a walk around the headland of around seven kilometres that is mostly along the clifftops with lovely scenery and also descends into a picturesque small bay.

The start of the walk is not at all clearly marked (there were a few of us searching for it): the map from Hyères tourist office suggests you follow the Chemin de la Darboussières, which is not marked on any actual signs at all: take the narrow road up the hill almost opposite the entrance to the Port de la Madrague.

The walk does go up and down a bit and we suggest you wear walking shoes but otherwise it is not too challenging and is quite clearly marked once you have found the start: allow about three hours for the complete trip. The final section along the coast might involve a slight detour or wet feet if the tide is high! 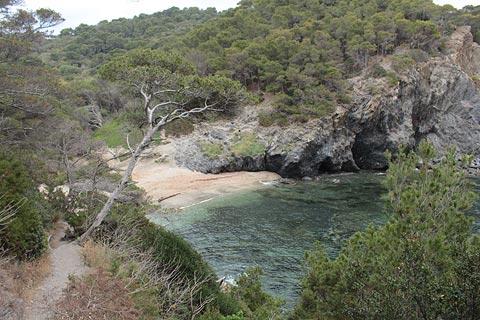 The town of Hyères is a large town with a charming historic centre and a great deal to see, and is one of our favourite towns in the region.

Map of Presqu'ile de Giens and places nearby

Visit near Presqu'ile de Giens with France This Way reviews