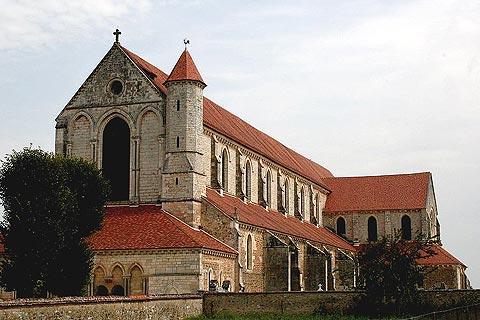 Pontigny is situated about 15 kilometres to the north-east of Auxerre, in the Serein Valley and the Burgundy region. People visit this small village primarily to see the famous Pontigny Abbey.

One of the great cistercian monasteries of France (along with Fontenay Abbey, also in Burgundy), the abbey in Pontigny was founded in 1114 and built in the 12th century. 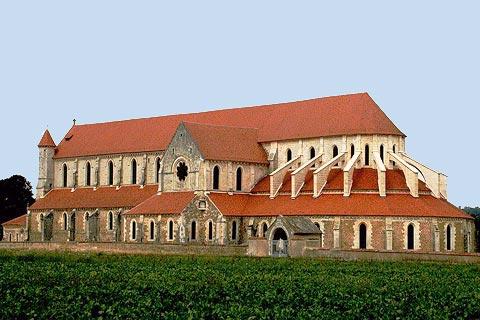 The abbey became very important and played host to many Kings from the 12th century to the 14th century, and became rich in part due to its exemption from taxes. It was also here at Pontigny that Thomas Becket, Archbishop of Canterbury under the English King Henry II, sought refuge from 1165 to 1166.

More recently Pontigny Abbey has also played an important role in French culture - from 1922 to 1939 there was an annual get together of the great European intellectuals of the time at the abbey, including TS Eliot, Thomas Mann and Jean Paul Sartre.

Charming and rather understated on the outside, the great spaces of the interior really are something special and not to be missed if you are in northern Burgundy. Strolling around the outside you can see a wall that was once one side of the abbey cloisters, and an impressive entrance to the abbey.

Pass into the interior and it is the clean lines and perfect proportions of the interior, with its soaring arches and a monastic silence, that provide the appeal, rather than ornate decoration and glamour. The white stone used for the walls and arches make the interior much brighter than you might expect. The 17th century abbey was brought to Pontigny in the 18th century.

Many of the monastic buildings that once surrounded Pontigny abbey are no longer in existence, having been destroyed during the revolution, but the large abbey church was retained as the village church for Pontigny and is in very good condition.

You can still see the 'batiment des convers' next to the church - it is a large building with a downstairs used for storage and a dormitory upstairs - as well as part of the cloisters and a charming brick and stone pigeonnier. 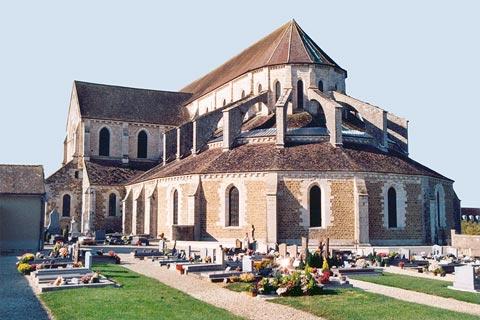 As well as the abbey the cistercian monks left another important legacy for the region around Pontigny  - it was monks from the abbey who first planted vines in the chablis region!

Among our personal favourite places to visit near Pontigny is the wine village of Chablis, a pretty village surrounded by the famous vineyards of the region.

The village of Noyers-sur-Serein is a little further, at about 30 kilometres south-east of Pontigny, but the historical centre and riverside setting make the journey to this village, classified as one of the 'most beautiful villages in France', very worthwhile.

Map of Pontigny and places nearby

Visit near Pontigny with France This Way reviews

Plan your visit to Pontigny, Yonne

The French version of this page is at Pontigny (Francais)