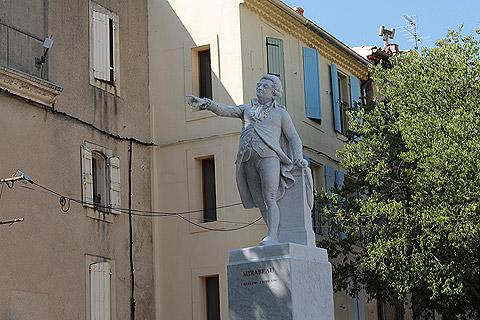 Pertuis is a small town on the southern border of the Luberon Regional Natural Park. The town was originally an important regional centre, but over the centuries Pertuis lost this role to Aix-en-Provence, 25 kilometres south of here.

France This Way comment: Pertuis is quite a minor destination, especially since there are so many exceptional towns and villages close by, but there are several small sites of interest and the town has more shops and restaurants than many towns places nearby, so worth a visit and a stroll if you are here. 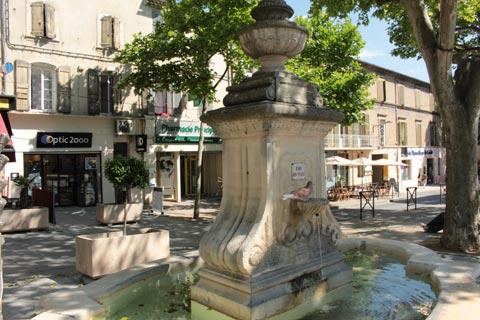 Start your visit in the main square in the center of the town, Place Mirabeau, where you can visit Pertuis Tourist Information Office and get a map that suggests a route to follow as you explore the town: this is very useful since most of the highlights are quite minor and rather hidden in the back streets of the town!

One of the most important monuments in Pertuis, also here in the main square, is the Church of Saint-Nicolas. This church was built in the 16th century on the site of an earlier church and includes an important 16th century triptych and two marble statues from the 17th century.

Also in the square you can see the statue of Mirabeau and the donjon (tower), now also a clocktower, that dominates the skyline of Pertuis. This tower is all that remains of a 12th century castle that once stood here, the remainder having been removed as the town expanded in the centuries after the end of the Wars of Religion in 1596. The Tourist Office is in the ground floor of the donjon.

The belltower was added to the top of the castle tower at the beginning of the 17th century and the clock added a few years later, although the current clock is a relplacement added at the end of the 19th century.

As you explore the town you will also see two lavoirs (washhouses): these look very ancient but were actually both built in the second half of the 19th century. The Lavoir Saint-Jacques was built on the site of a 16th century fountain and the Lavoir Notre-Dame was built in the bottom of the defensive walls that once surrounded Pertuis.

You will also see various houses featuring ornate stone entrances and details. The most important is the Maison de la Reine Jeanne in the renaissance style and in Rue Beaujeu, a short distance north of Place Mirabeau.

In Place de l'Ange, heart of Pertuis in the 17th century, you can see one of the oldest fountains in the town. It is speculated that the fountain once had an angel on top, giving the name to the square, but there is no evidence to support this. On the south-west edge of the town you can see the Saint-Jacques Tower, built in the 14th century as part of the defences of Pertuis, but now rather surrounded by more recent development. 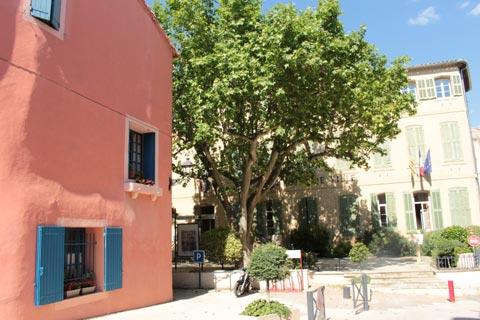 One unusual feature is to be seen on a house in Rue Droite, where a large stone is inserted in the opening in the facade that was where the merchant would originally have placed his produce to attract customers. Not a remarkable sight perhaps, but I don't recall seeing this anywhere else and the ancient street and doorway do help to evoque Pertuis in the 16th century.

There are several remarkable villages and towns within easy reach of Pertuis including the lovely villages of Lourmarin and Ansouis and the vibrant town of Aix-en-Provence among others...

Map of Pertuis and places nearby

Visit near Pertuis with France This Way reviews

Plan your visit to Pertuis, Vaucluse

Regular market(s) are held in Pertuis each Friday. (Markets are held in the morning unless stated.)

The French version of this page is at Pertuis (Francais)